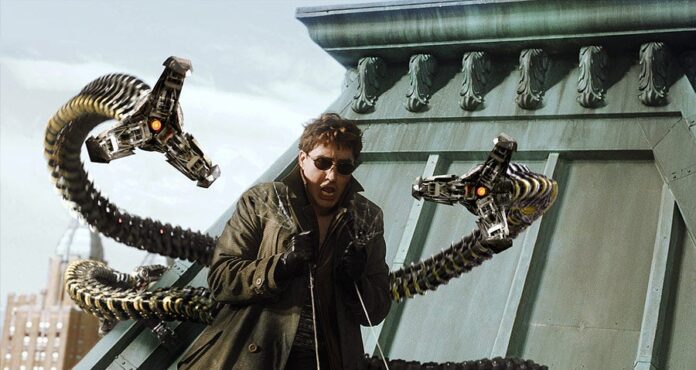 As one might expect, rumors have been flying around steadily about Marvel’s Spider-Man 3. That was going to happen with Jamie Foxx returning as Electro, and other suggestions of a connection between the Marvel/Sony cinematic universes. One of those rumors has been about the return of Alfred Molina as Doctor Octopus, and it looks like the many-tentacled villain is indeed coming back.

THR reports Molina will reprise his role as Otto Octavius aka Doctor Octopus, having played the villain in Sam Raimi’s 2004 film Spider-Man 2, which many considered for a time to be the greatest superhero movie ever. It’s still pretty damn great.

You can figure out the implications of this for yourself. Octavius comes from Raimi’s trilogy of movies, while Foxx is from The Amazing Spider-Man franchise, and if those two universes are merging it implies a likely return of Tobey Maguire and Andrew Garfield as Peter Parker. With Benedict Cumberbatch’s Doctor Strange also playing a role, we’re clearly seeing a multiversal story emerge similar to Spider-Man: Into the Spider-Verse. And since Raimi is directing Doctor Strange in the Multiverse of Madness, this could be one big story that Marvel is trying to tell.

So yeah, this is big. The untitled Spider-Man 3 doesn’t have a release date yet, but expect that to change soon, perhaps later this week.