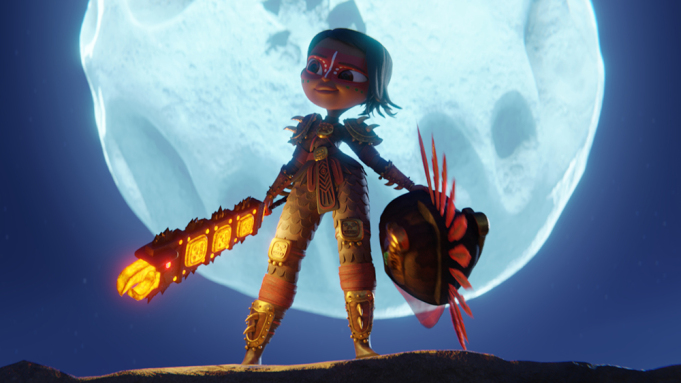 Animation directors don’t typically become big stars the way live-action filmmakers do, but my personal hope is that it happens for Jorge R. Gutiérrez. In 2014 he directed The Book of Life, a visual and emotional masterpiece that Pixar’s Coco would try and emulate years later. He has continued to make winning stuff, such as the Emmy-winning series El Tigre: The Adventures of Manny Rivera. But now he’s back with the star-studded Netflix show Maya and the Three, and it looks incredible.

The series follows 15-year-old Maya, a warrior princess in a magical land who must spend her birthday on an arduous quest to battle the gods and save her family. I’m so down for this.

Maya and the Three hits Netflix this fall!

In a fantastical world, where magic turns the world and four kingdoms rule the lands, a brave and rebellious warrior princess named Maya is about to celebrate her fifteenth birthday and coronation. But everything changes when the gods of the underworld arrive and announce that Maya’s life is forfeit to the God of War — a price she must pay for her family’s secret past. If Maya refuses, the whole world will suffer the gods’ vengeance. To save her beloved family, her friends, and her own life, Maya embarks on a thrilling quest to fulfill an ancient prophecy that foretells the coming of three great warriors who will help her defeat the gods and save humankind.