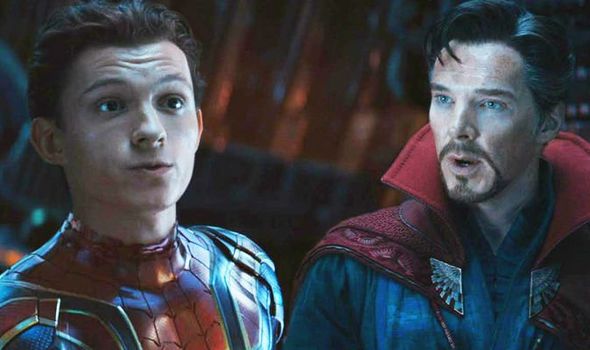 Can we just say it? The Spider-Verse may be coming to the MCU.

THR is reporting that Benedict Cumberbatch will be joining Spider-Man 3, as Doctor Strange, naturally. The Master of the Mystic Arts will be taking on a mentor role, similar to the one Tony Stark has played for Peter Parker since Captain America: Civil War and into Spider-Man: Homecoming.

This sets off alarm bells that Spider-Man will be caught up in some multiversal madness. I mean, Doctor Strange’s upcoming film is literally titled In the Multiverse of Madness and directed by Spider-Man trilogy helmer, Sam Raimi. Also, we just learned that Jamie Foxx will be reprising his Electro role in the new Marvel Studios film, even though his character was part of Sony’s The Amazing Spider-Man franchise. On top of that, you have J.K. Simmons as a new version of J. Jonah Jameson, and Michael Keaton reprising his Vulture role over in Sony’s Morbius.

There is a crossing over of worlds going on, that’s for sure.

Not only that, but Foxx posted and rapidly deleted a mysterious image featuring three Spider-Men, one clearly is Tom Holland, the other very obviously Andrew Garfield’s version, and the third would have to be Tobey Maguire, right?

We might be on the verge of something truly Amazing here, folks. If Sony/Marvel can pull off a merging of the various Spider-verses, I fully expect that fans’ heads will just detonate they’ll be so damn excited. This is some hype shit right here.

@HiTopFilms Jamie Foxx deleted this from his Instagram. What are your thoughts?! pic.twitter.com/7HRkGQ4CVR