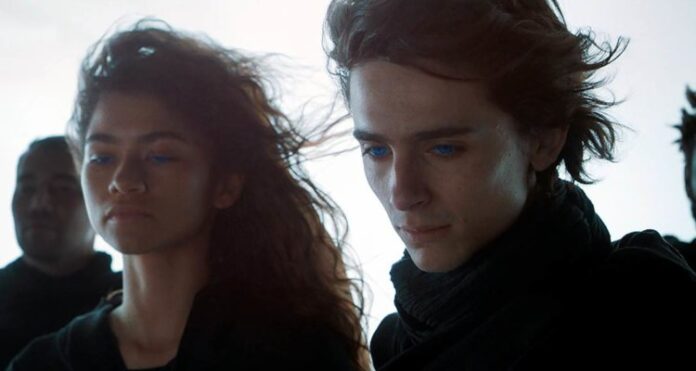 After being available internationally for a couple of weeks, Denis Villeneuve’s Dune opened stateside with $40M. That gives the sci-fi epic a global haul of $220.7M. I don’t know quite what to make of these numbers. The domestic total certainly isn’t great, and was surely impacted by the simultaneous HBO Max release. But it’s also not the worst, snagging the best traditional opening weekend for Warner Bros. of the pandemic period. That said, these aren’t the figures one would expect to justify any sequels, right? But the film was labeled Part One, and Villeneuve has said it would take a lot for one not to happen. My gut tells me WB will move forward on it, knowing they might have something they can sell in perpetuity if a complete story is told.

Predictably, because horror movies always crash hard in week two, Halloween Kills fell 71% for $14.5M.  Still, the film has $90M worldwide on a $20M budget and that’s with it also available to Peacock subscribers. Not bad, even if it’s not going to match the $255M heights of its predecessor.

Disneys’ 20th Century Studios released the animated sci-fi comedy Ron’s Gone Wrong to just $7.3M. The film was lightly promoted until the last couple of weeks, and may have been hurt by the presence of another animated family comedy, The Addams Family 2, which has the benefit of being a sequel to a popular brand. Reviews from audiences for the film were good, however, with it earning an ‘A’ Cinemascore and 81% from critics on Rotten Tomatoes.

Oscar buzz, an A-list cast, and the return of Ridley Scott to swords ‘n armor epics continues to do nothing for The Last Duel. The film only had $8.5M domestic and about double that worldwide after two weeks.

Ahead of its wide release next week, Wes Anderson’s journalistic tribute The French Dispatch opened in 52 locations for a $25K average and $1.3M overall. That’s a terrific start, reiterating just how devoted of a fan base the eccentric filmmaker has. Whether they’ll turn out in the numbers we saw for 2014’s The Grand Budapest Hotel remains to be seen. That film rode an awards season wave to $172M worldwide.

2022 Oscar Nominations: ‘The Power Of The Dog’, ‘Dune’ Lead The Pack While ‘Flee’ Makes History