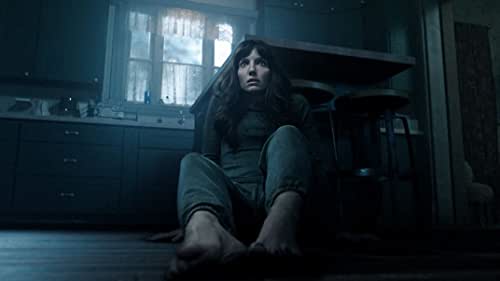 Superhero fatigue was never a thing that ever happened, despite analyst projections, but it’s definitely not happening now in a pandemic world. Marvel’s first purely theatrical film since 2019 held strong in its second week, falling just 52% and earning $35M for $145M domestic, and $257M worldwide.

The second of Disney’s films in the top 5, Free Guy scored $5.8M in its fifth week, surpassing the $100M mark domestically. Worldwide, the video game film led by Ryan Reynolds and Jodie Comer has $276M and is far from Game Over.

I don’t know if James Wan has ever had a genuine flop before, but he has one now in Malignant. Wan’s return to horror between Aquaman movies only hit $5.5M, a terrible number for him even during the pandemic. Of course, we have to caveat that it was also released for free on HBO Max. I’m convinced if this were a pre-COVID time it would fall in line with Wan’s other horror blockbusters, but it was too tempting for audiences to watch the bizarre, R-rated film in the comfort of home with all of the lights turned out, hopefully.

The other “major” debut this week was Paul Schrader’s The Card Counter, starring Oscar Isaac as an ex-con who finds order in his life by counting cards. The deliberately-paced drama made just $1.1M in 580 locations. Truthfully, I don’t care if this had opened in 2080 locations it probably wouldn’t have been a very big hit. Schrader’s films don’t invite that sort of response, and the marketing for this was as glacially paced as the movie itself. And that comes from someone who quite liked it.