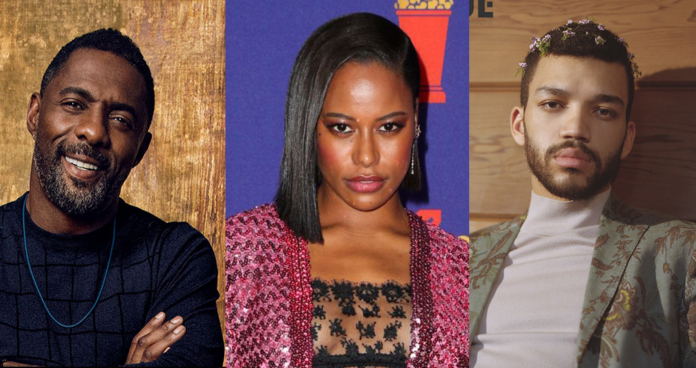 The trio will star in We All Die Young, which has a story from Diggs and co-writer Chinaka Hodge, best known for her work with Diggs on TNT’s Snowpiercer series. She will also be head writer on Marvel’s upcoming Ironheart. Deadline says the film stars Smith as a red-hot rapper about to go on his biggest global tour, while he’s being pressured by his mentor and record label owner (Elba) to produce new music. Paige plays a young woman who encourages the rapper to “take a breath.”

Behind the camera will be Paper Towns director Jake Schreier, one of Diggs’ longtime friends who has worked closely with Chance the Rapper, Kanye West, Selena Gomez, and more.

Diggs describes We All Die Young as similar to Fellini’s 8 1/2, except this artistic midlife crisis happens to someone in their 20s.

“The film follows a rapper who reaches the ripe old age of 25, which in rap years, if you ask any of us who participate in the culture, starts to feel like you’re entering a different era,” Diggs said. “He’s had regional success but when we meet him he’s on the verge of his big crossover hit and is going to become a bona fide superstar. The life he’s leading is at odds with everything he grew up living. There is a cognitive dissonance between where you grew up and where you find yourself and you start to wonder why and how you got to this place. It’s not unique to rappers, but when you talk to these young kids who are blowing up real fast, you start to recognize this is the dilemma they deal with: how to speak to the culture they come from, living the life they’re living.

“Our character is at a place where he can’t create anymore. He launches onto this insane world tour, the biggest thing he’s ever been on, taking him all over the world and interacting with all kinds of new people. He can’t stop and he can’t make new music. And everyone wants new music. In order to deal with these demons he develops a Lean addiction, it’s also called Sizzurp. It’s prescription cough syrup that is often mixed with sweet soda.”

Smith can be seen right now in Amazon thriller The Voyeurs, while Paige is coming off the hit indie Zola. Elba recently played Bloodsport in The Suicide Squad.