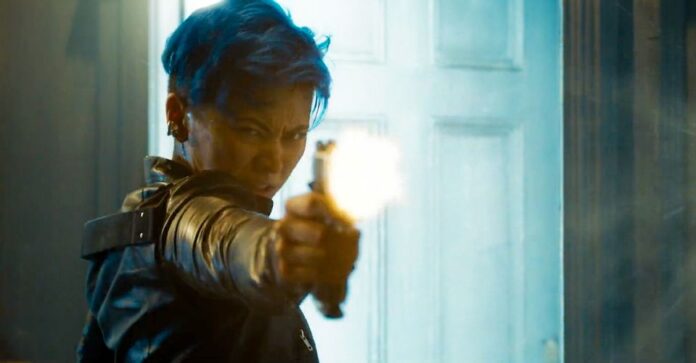 The best thing to emerge from Netflix’s mediocre Iron Fist series? Jessica Henwick. As Colleen wing she was that show’s bright shining star and Hollywood has taken notice, offering her roles in Star Wars: The Force Awakens, Underwater, and her biggest role to date in The Matrix Resurrections. But it turns out she actually could’ve starred in another huge flick for this year, and it would’ve been a return to Marvel.

In an interview with EW about her role as Bugs in The Matrix Resurrections, Henwick revealed she chose that role over a part in Shang-Chi and the Legend of the Ten Rings. Damn, that’s quite a choice to make.

Describing it as her “red pill/blue pill moment”, Henwick said both Warner Bros. and Disney knew about the others’ offer and told her she could only choose to audition for one, and neither role was guaranteed.

It remains to be seen if she made the right choice for the long haul. If only we knew who she would’ve played in Shang-Chi! Perhaps a return to the Colleen Wing role? She would’ve fit right in. I’ll continue to hold out hope she gets to reunite with Simon Missick as Misty Knight for a Daughters of the Dragon series on Disney+.

The Matrix Resurrections opens December 22nd in theaters and HBO Max. She will also be seen in Netflix blockbuster The Gray Man, followed by a role in Knives Out 2.