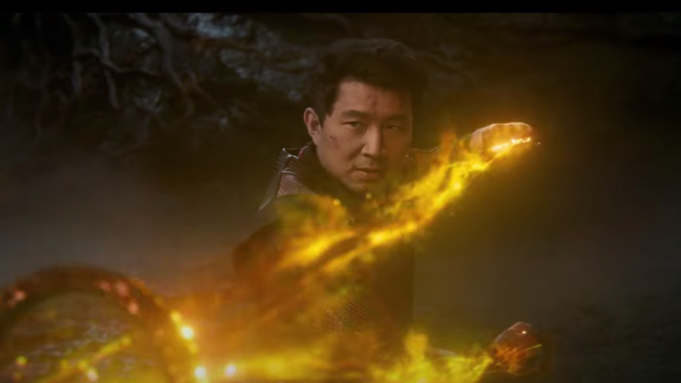 With all of the talk about multiverse this and multiverse that, sometimes it’s good to just have a simple kung-fu story in the Marvel Cinematic Universe. Well, there’s probably not going to be anything simple or normal about Marvel’s Shang-Chi and the Legend of the Ten Rings, but when you strip out the mysticism that comes with the martial arts flick it boils down to one man being the best hand-to-hand fighter in the world.

Behind the camera is Short Term 12 director Destin Daniel Cretton, whose frequent collaborations with Brie Larson have some expecting a Captain Marvel appearance. Okay, maybe it’s just me but I wouldn’t be surprised if it happened. Dave Callaham, coming off his work on Wonder Woman 1984, is on the screenplay.

I’m loving the ring effects in this, and I’m glad they got away from the traditional finger rings as they are too similar to the Infinity stones. One thing to note is what appears to be the return of Hulk villain the Abomination. I’m not 100% convinced it is him, but it sure looks like that is who Doctor Strange pal Wong is fighting in one scene. The character, originally played by Tim Roth in 2008’s The Incredible Hulk, is expected to return for the She-Hulk series on Disney+.

Shang-Chi and the Legend of the Ten Rings opens September 3rd and is the second of four Marvel movies coming in 2021. It will be preceded by Black Widow next month, then followed by Eternals in November and Spider-Man: No Way Home in December.