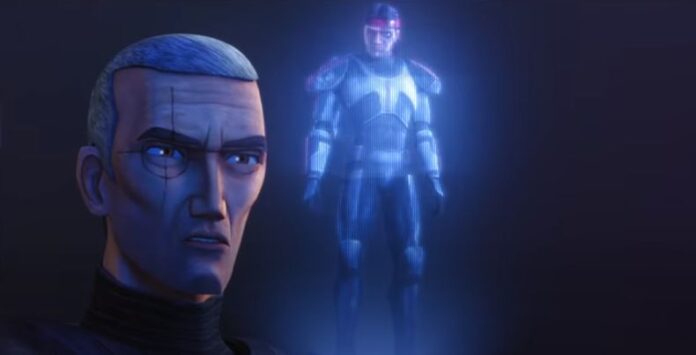 It’s official, I’m converted. The Bad Batch was not a show that I was putting on my must-watch list of everything coming to super-streamer Disney+, but I’ll be damned if the first 3 episodes of the full season didn’t stick me in. While they were more annoying during their arc in the final season of Clone Wars, the time their titular show has taken to flesh out the team of “defect” clones coupled with the addition of the mysterious little sister clone “Omega” has really turned this into a fun little show. For Star Wars super fans like myself it’s cool to see what exactly was happening in the empire just after the the death of the Republic. Moreover it’s the outsiders effect of it all that’s drawn me in. Here’s a group of guys that are bonded by the fact that they’re different, and we’re not talking “I have acne” or “I like anime” different, we’re talking 6,000,000 of our brothers are exactly the same, then there’s us…different. They’re also doing a great job with the mystery of it all. It’s never been made clear, and honestly has barely even been hinted at, when it comes to Omega’s backstory. She was made by the Kaminoans, she’s female, and she hasn’t been given the training (or control) of the other clones. She’s essentially a female Boba Fett.

Whatever the answers are, and now with their old Bad Batch mate Crosshairs hot on their trail, it’s sure to be an exciting second half of Season 1.

Official Synopsis:
“Star Wars: The Bad Batch” follows the elite and experimental clones of the Bad Batch (first introduced in “The Clone Wars”) as they find their way in a rapidly changing galaxy in the immediate aftermath of the Clone War. Members of Bad Batch—a unique squad of clones who vary genetically from their brothers in the Clone Army—each possess a singular exceptional skill that makes them extraordinarily effective soldiers and a formidable crew.