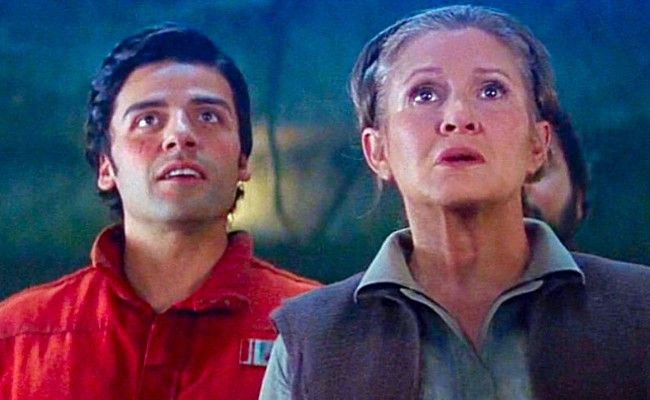 It’s getting down to the wire now. We are less than a month away from Star Wars: The Rise of Skywalker and depending on your feelings on such things it may be time to tune out all trailers and promos. Even if that’s the case for you, Lucasfilm’s behind-the-scenes featurettes are pretty tough to stay away from. There’s so much history that goes into the making of each Star Wars movie, and this one in particular has decades of passion behind it.

Four decades of Star Wars greatness is crammed into this brief featurette which…well, most of it great. It does include the prequels so it ain’t all good. That said, it’s even sorta fun to walk through that period, as well, getting a look at a much-younger Ewan McGregor and Natalie Portman. The footage also provides us shots of some of the franchise’s most beloved figures who are no longer with us, such as Carrie Fisher and Peter Mayhew.

Lately, I think we’ve all become trained to look out for celebrity cameos and a pair of them are teased by appearances from Lin-Manuel Miranda and Ed Sheeran. While they’re seen in costumes it doesn’t mean they’re in The Rise of Skywalker‘s final cut, although I doubt Disney wouldn’t release this video if they weren’t. A Disney rep told Yahoo! that both stars’ appearances were from fan events. We’ll see, I suppose? Or not. They could be hidden under a Stormtrooper outfit like Daniel Craig was.

Star Wars: The Rise of Skywalker opens December 20th. Check out the featurette plus the latest TV spot below.