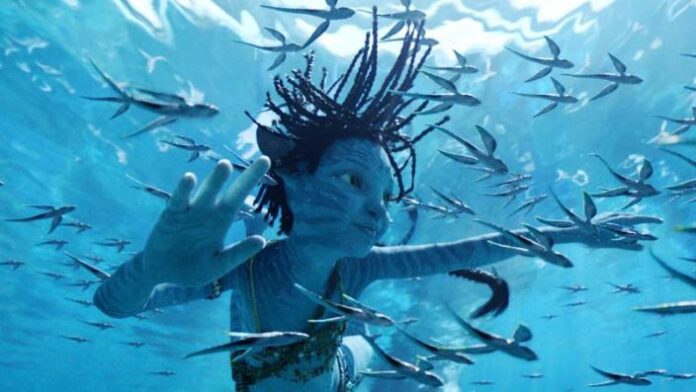 Yesterday was declared “Avatar Day” by the marketing geniuses at Disney. What does that mean? Um, basically it just meant that tickets for Avatar: The Way of Water went on sale and a new trailer was released. They need to trot out all of the gimmicks they can for James Cameron’s long-awaited (?) sequel, because according to him it has some tough sledding ahead just to break even.

So along with this new trailer taking us back to the land of Pandora to explore an underwater kingdom, came a GQ interview with Cameron where he gave a startling fact. Basically, the film needs to break box office records, otherwise it was all for nothing. So just how expensive was it to make?

“Very fucking [expensive],” Cameron said.  Cameron told the studio it was “the worst business case in movie history.” In order to turn a profit “you have to be the third or fourth highest-grossing film in history. That’s your threshold. That’s your break even.”

That said, Cameron is up for the challenge. Of course he is. He’s got an ego the size of the Titanic…

“I like difficult. I’m attracted by difficulty. Difficult is a fucking magnet for me. I go straight to difficult. And I think it probably goes back to this idea that there are lots of smart, really gifted, really talented filmmakers out there that just can’t do the difficult stuff. So that gives me a tactical edge to do something nobody else has ever seen because the really gifted people don’t fucking want to do it.”

Will you be there to help push Avatar: The Way of Water over the edge when it opens on December 16th?

Cameron Hedges His Bets, Says ‘Avatar’ Franchise May End in Three Instead of Five