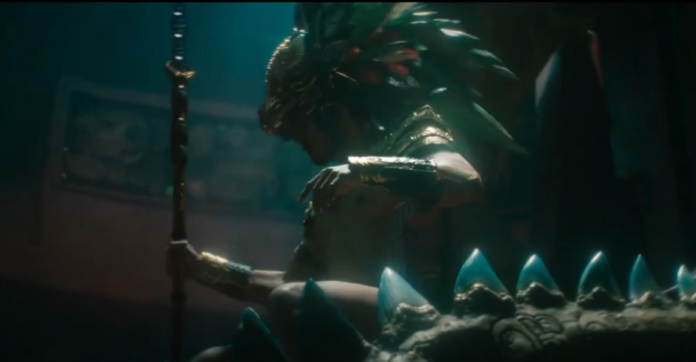 Ok, so the title is a bit misleading as the hype train for Black Panther: Wakanda Forever kicked off the second credits rolled on the first film. Still, with the film coming out in exactly 1 month we’re about to become embroiled in marketing for the highly anticipated film, and rightfully so.

Obviously some of the anticipation is to see how the MCU decided to deal with the tragic loss of Chadwick Boseman, but let’s not forget the original Black Panther grossed over $1BN at the box office, so this was fated to be crazy regardless. Not only did we get a sweet set of character posters highlighting the principal cast, we also got a short featurette which specifically hits the loss of Boseman and the introduction of Namor who is rightfully described in the footage as “One of the oldest comic book characters, ever”.

Of specific interest in the character posters is one Riri Williams aka Ironheart, who will be the next to don an “Iron Man’ type armor which can be seen slightly in the image. This is the closest/best look we’ve gotten at the character and I’m already in love with the DIY nature of the thing. It would be easy for them to have something even slicker then the IM Mark VI armor seeing as to how Wakanda is so much more technologically advanced but I love that she’s the do it yourself type, just like Stark.

Then of course there’s the featurette which starts by addressing the loss of Chadwick Boseman and how it affected the cast. I simply love their approach of celebration of life instead of mourning death. The second half of the clip brings Namor, and some really cool clips. I’m still not sure about the winged boots he uses to fly, but with everything else being so absolutely amazing I think I can forgive that single transgression.

Check out the featurette below and look for Black Panther: Wakanda Forever on November 11th

“In the film, Queen Ramonda, Shuri, M’Baku, Okoye, and the Dora Milaje fight to protect their nation from intervening world powers in the wake of King T’Challa’s death. When Namor, king of a hidden undersea nation, alerts them to a global threat and his disturbing plan to thwart it, the Wakandans band together with the help of War Dog Nakia and Everett Ross and forge a new path for the kingdom of Wakanda.”