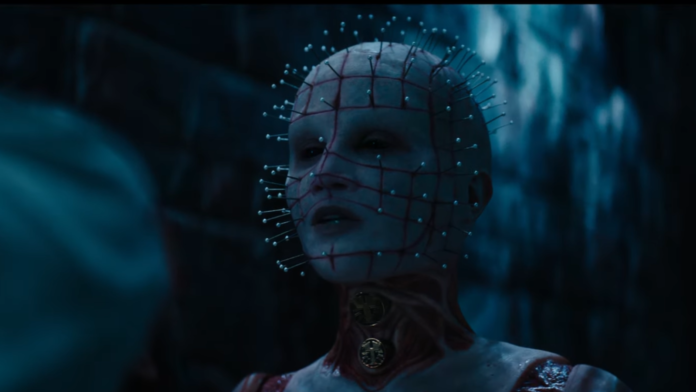 The Cenobites are back! Hulu’s new Hellraiser film is going to be very interesting to see play out with fans of the classic horror franchise. While it has the blessing of Clive Barker himself, and sticks pretty faithfully to the source material, there is one key change that’s tough to ignore. Gone is longtime Pinhead actor Doug Bradley, replaced by Jamie Clayton who will bring a female spin to the iconic horror villain.

Behind the camera is David Bruckner, who is coming off the highest praise of his career for The Night House. He’s also directed episodes of Creepshow, the survival horror The Ritual, and segments of V/H/S, so his cred is undeniable.

Here’s the synopsis: In the all-new “Hellraiser,” a young woman struggling with addiction comes into possession of an ancient puzzle box, unaware that its purpose is to summon the Cenobites, a group of sadistic supernatural beings from another dimension.