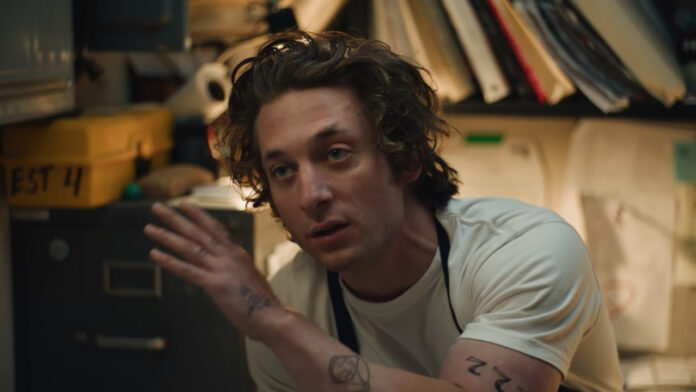 Jeremy Allen White isn’t wasting this moment following the hit first season of The Bear. Before the second season shoots, he’s added a role in anticipated wrestling drama The Iron Claw, and now has landed a part in Fingernails, an Apple Original sci-fi film led by Jessie Buckley and Riz Ahmed.

Deadline reports that White has joined Buckley and Ahmed in Fingernails, the first English-language film from Apples director Christos Nikou. The story centers on a couple who have passed a test that certifies they are actually in love. However, the woman is skeptical and starts working with a mysterious instructor to find out how she really feels. Buckley and White will play the couple, with Ahmed as the instructor.

The film has Cate Blanchett aboard as a producer. Carey Mulligan was briefly attached to the lead role that eventually went to Buckley. Nikou co-wrote the script with Stavros Raptis and Sam Steiner.

So 2023 is shaping up to be a huge one for White as he continues his hot streak.