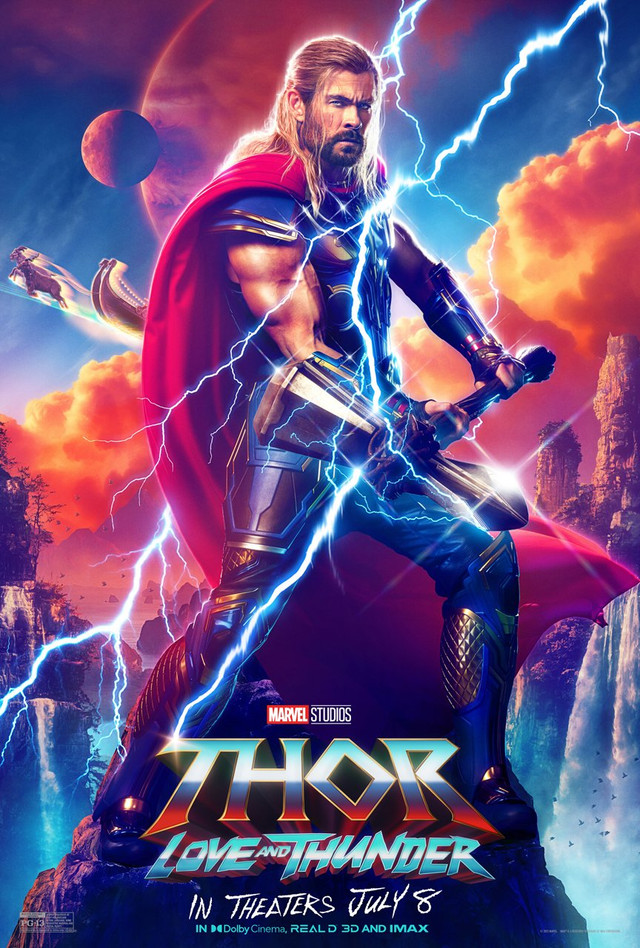 Thor: Love and Thunder is only a few short weeks away! Can you believe it?  Well, Marvel Studios is getting ready for the release right now by dropping a ton of behind-the-scenes featurettes and character posters!

The featurettes are pretty standard stuff, with director Taika Waititi, and stars Chris Hemsworth and Tessa Thompson discussing various topics including Natalie Portman’s return as Mighty Thor, and Christian Bale as Gorr the God Butcher. Of course, with these three it does eventually turn towards the wacky, which is always fun.

It’s in the posters where Marvel truly brings the thunder. As you can see, the images feature Thor, Portman’s Jane Foster, and Thompson’s Valkyrie, but we also get Bale’s Gorr the God Butcher, Russell Crowe as Zeus, Waititi as Korg, and even Thor’s goats Toothgrinder and Toothgnasher. Plus, a bunch of RealD 3D, IMAX, Dolby Cinema, and ScreenX exclusive posters have dropped, as well. It’s a lot, but when they’re as colorful as these there can never be too many, in my opinion.

In our exclusive interview, @TaikaWaititi say he set out to satisfy audiences and @TessaThompson_x calls it the loviest @MarvelStudios movie.

👀 check out some of the influences! pic.twitter.com/Lf3MEhgnLg