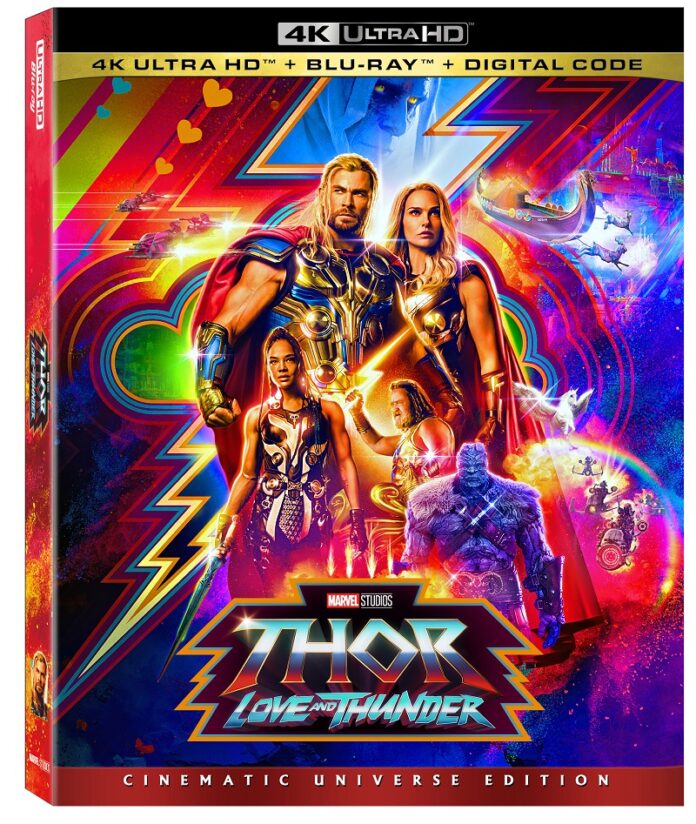 Marvel Studios has confirmed that Thor: Love and Thunder will have its digital release on September 8th, followed by 4K Ultra HD, Blu-ray, and DVD on September 27th. The fourth solo Thor movie is still available in theaters and has earned $738M worldwide.

Along with the news comes a complete list of special features, including a gag reel, audio commentary, and featurettes featuring Chris Hemsworth and Natalie Portman as Thor and Mighty Thor, Christian Bale as Gorr the God Butcher, and Taika Waititi’s reinvention of Thor…because the god of thunder certainly needed it.

Of special interest are the four deleted scenes, two of which feature Russell Crowe as Zeus and two more with Chris Pratt’s Star-Lord. What’s missing? Scenes that we know were filmed featuring Jeff Goldblum’s return as Grandmaster, and Peter Dinklage as Eitri. Waititi never wanted those scenes released. I don’t see them here, but it’s possible they are part of what’s listed. I kinda doubt it, though.