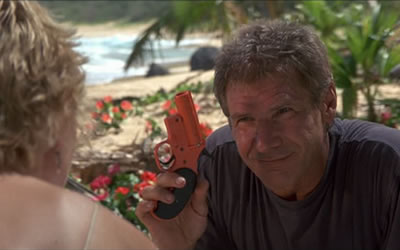 The 10-episode series stars Segel as a grieving therapist who makes the unethical decision to just tell his patients what he really thinks, causing dramatic changes in their lives and his own. Ford will play “Dr. Phil Rhodes, a down-to earth, sharp as a tack “blue collar shrink,” blunt but with an ever present twinkle. Phil is a pioneer in Cognitive Behavioral Therapy who has built a successful practice over the years that he shares with his two young proteges, Jimmy and Gaby. Fiercely independent, Phil has recently been diagnosed with Parkinson’s, which forces him out of his comfort zone as he grapples with intrusive friends, his estranged family and his legacy.”

Ford has done appearances in TV before, including the infamous Star Wars Holiday Special, but never regular series work like this. He was last seen in 2020’s Call of the Wild, and next year he’ll crack the whip for the last time in Indiana Jones 5.