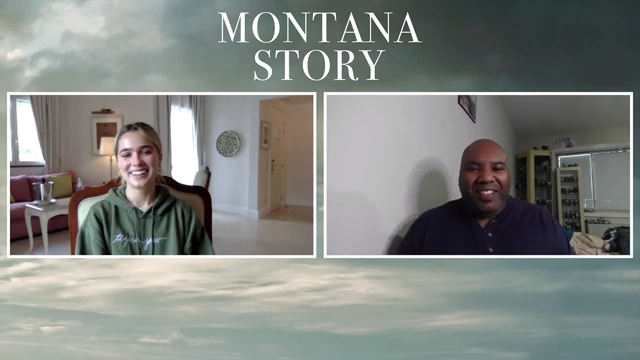 Haley Lu Richardson is back in another stirring drama in which the location is a crucial third character. The Columbus breakout face familial tension in the neo-Western, Montana Story, starring alongside Owen Teague as estranged siblings returned home to deal with the fallout of their father’s coma.

Once again as in Columbus, the character Richardson plays in Montana Story, Erin, is deeply impacted by the place of her birth but also her escape from it. Erin has come back to face her once-beloved brother, Cal, who betrayed her trust. She also harbors painful memories of their abusive father. Erin is a lot like the land she grew up on in Montana. She’s as tough and resilient as the Native Americans who continue to live off the frontier’s natural gifts, but her flight to New York has changed her, as well.

It’s another powerful performance by Richardson, and I was fortunate to get a few minutes to speak withe her about Montana Story. We discussed what it was like shooting in Montana, as well as any connection between her performance in this and in her previous work.

Montana Story opens in theaters on May 13th. Check out my review here and the interview below!

Cinema Royale: Talking ‘Avatar: The Way Of Water’ And ‘Babylon’