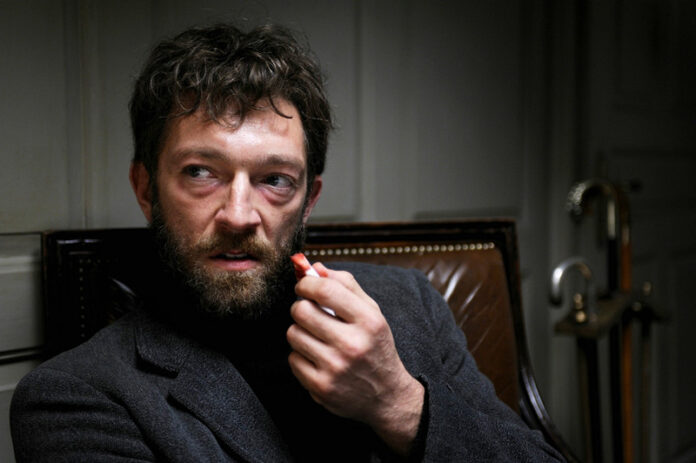 David Cronenberg isn’t wasting any time. With his latest film, Crimes of the Future, set for its world premiere at Cannes, the director is using the Cannes Film Market to line up what’s next, and it’s a reunion with Eastern Promises star Vincent Cassel.

Variety reports Cronenberg will direct Cassel in thriller The Shrouds. Cassel will play “an innovative businessman and grieving widower, who builds a device to connect with the dead inside a burial shroud.”

Here’s a logline for the film, as well: Karsh’s revolutionary business is on the verge of breaking into the international mainstream when several graves within his cemetery are vandalized and nearly destroyed, including that of his wife. While he struggles to uncover a clear motive for the attack, the mystery of who wrought this havoc, and why, will drive Karsh to reevaluate his business, marriage and fidelity to his late wife’s memory, as well as push him to new beginnings.

Cronenberg and Cassel previously teamed up for Eastern Promises and A Dangerous Method. If this is half as good as those, we’re in for a treat.