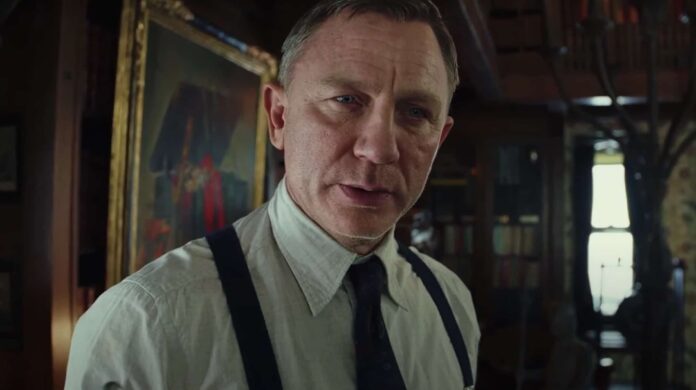 You’ve all seen Doctor Strange in the Multiverse of Madness by now, right? It’s made nearly $600M already so I assume so. Either way, there are spoilers here, which you should already know.

The film’s centerpiece scene, one that Marvel teased greatly, involved The Illuminati. The secret group of heroes are slightly different in the MCU than they are in the comics. They’re still operating in the shadows, but the lineup features Patrick Stewart as Charles Xavier, Lashana Lynch as Maria Rambeau/Captain Marvel, Hayley Atwell as Captain Carter, Chiwetel Ejiofor as Master Mordo, Anson Mount as Black Bolt, and John Krasinski as Reed Richards of the Fantastic Four.

Krasinski was probably the biggest shock of all, but what’s interesting is that his scenes, along with others in the Illuminati, were shot in secret reshoots that didn’t involve co-star Elizabeth Olsen. She’s deeply involved in those scenes but the sides never actually meet, as she admits during a lie detector test that you can see below.

Meanwhile, Deadline writer Justin Kroll has revealed that Krasinski wasn’t Marvel’s first choice. That would be Daniel Craig, only he dropped out due to COVID concerns as he was living in London at the time.

Fun fact, Krasinski wasn’t the first choice, the actor originally set to play the role was all set to shoot but when there was an uptick in COVID cases, he backed out as he was living in London and didn’t think the quick shoot wasn’t worth risk of bringing back COVID to the fam pic.twitter.com/sD9nT0omki

Daniel Craig as Reed Richards, though? I don’t see it. There had been rumors circulating that Craig could show up as Balder the Brave, half-brother of Thor, which I think would’ve been awesome.

I think over the coming months we’re going to find out that Marvel made many attempts with many different actors to come in and play various roles. I’m betting they would’ve loved to have more of the Fox X-Men crew in there.