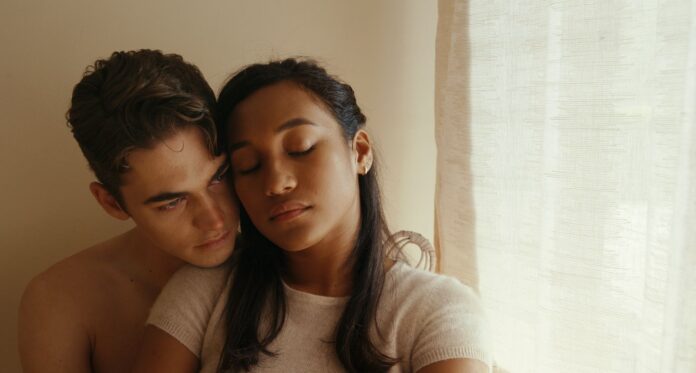 It’s never easy for to break out of a mentor’s shadow, and Terrence Malick disciple A.J. Edwards may have emulated his teacher too much with his feature debut, The Better Angels.  That film, which many said bore Malick-ian hallmarks, starred Diane Kruger as Sarah Lincoln. Now Kruger and Edwards reunite on a very different drama, First Love, that arrives later this summer.

Starring Hero Fiennes Tiffin (the After franchise) and Sydney Parker, the story follows Jim and Ann, two high school seniors navigating their romance and also an impending departure for college. Kruger, joined by Jeffrey Donovan, play Jim’s parents coping with the fallout from an economic crisis.

Edwards’ most recent film was the crime drama Age Out with Tye Sheridan and Imogen Poots. It sorta came and went without little buzz. He also worked on Malick films Knight of Cups and To the Wonder. He does seem to be trying to break out and establish a distinct style, which could be the best thing for his career.

First Love opens in theaters and VOD on June 17th.