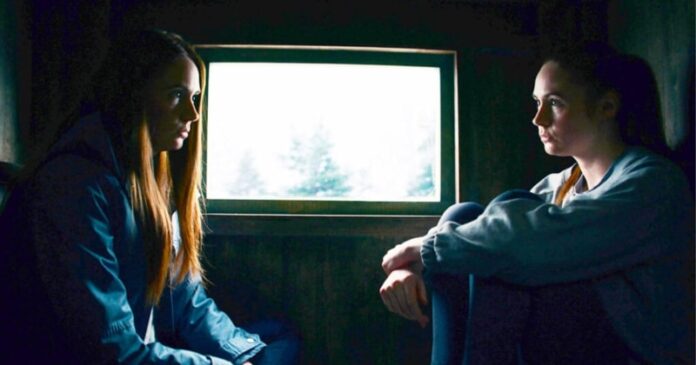 The only thing better than one Karen Gillan? Two Karen Gillans. In Riley Stearns’ sci-fi satire Dual, Gillan squares off against herself in a film set in a future when people who are about to die can have themselves cloned. But if a miracle happens and you live…well, you may still die.

While Dual has been pitched as Gillan vs. Gillan, Stearns is actually doing quite a lot more. Gillan’s character Sarah has little-to-no desire to live until she sees her clone living her life better than she ever did. But also in this world, the original and the clone aren’t allowed to co-exist, so there must be a dual to the death. This inspires Sarah to get into fighting shape with the help of Trent, an instructor played by Aaron Paul. Trent might be capable, he might not be, but he’s definitely no Mr. Miyagi. Dude is pretty strange.

It’s another offbeat look at how violence can change a person, following-up on Stearns’ prior film, The Art of Self-Defense. The film premiered at Sundance where I and many others had praise for it, especially Gillan’s twin performances.