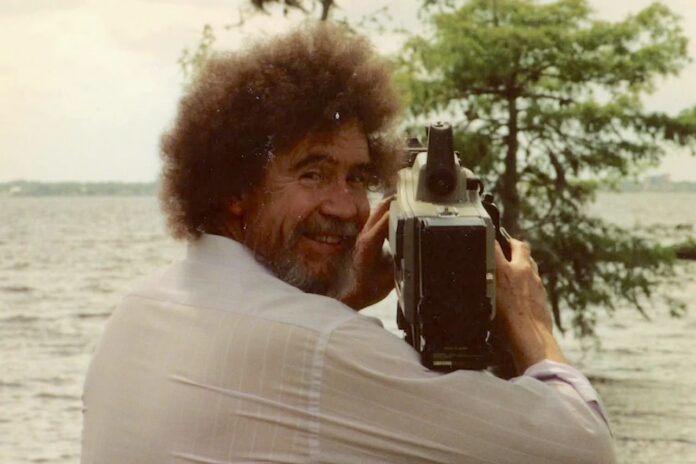 Who doesn’t love Bob Ross? The guy who soothed us with his public access painting show and made painting look incredibly easy with such a calm demeanor was an instant cultural icon for many years. His hosting of “The Joys of Painting” during the 80s and 90s ran for 31 seasons for a Muncie, Indiana public access show spawned into a global phenomenon, mostly in part to Bob Ross’ charisma and how easy he made painting a masterpiece look. And of course, who could forget that pitch-perfect afro? Especially for a dude who wasn’t black, he definitely knew how to perm it up! Unfortunately, there’s a dark side of his painting business that director Joshua Rofé explores in Netflix’s Bob Ross: Happy Accidents, Betrayal & Greed.

Don’t worry, you don’t have to cancel the lovable Bob Ross. Other than the exposure that he was all too human and had an extramarital affair, he can remain the patron saint we all know and love. However, those around him (specifically his business partners the Kowalskis) were incredibly greedy, corrupt, and took advantage of him to rake in millions. Bob Ross pretty much just loved the idea of painting, especially as a means of calming oneself, but the Kowalskis just simply saw dollar signs. To make matters worse, after his death, Ross’ family haven’t made a single cent off of his image and likeness, which is still raking in millions to this day.

As much as the documentary is about Bob Ross, it’s told from the perspective of his son Steve Ross, who is mad as hell, and you absolutely cannot blame him. As the documentary explores, the Kowalskis pretty much got into this partnership to make as much money as possible for themselves, and pretty much could care less who got in their way. In addition to the television show, the marketing and selling of the paint, paintbrushes, and other art supplies that Bob Ross used was the real money maker.

Now to be fair, the Kowalskis did not participate in the documentary, so Bob Ross: Happy Accidents, Betrayal & Greed is pretty one-sided. It’s pretty much told by people who have a good reason to hate them. In the end credits, the producers state that as per the Kowalskis, they had a great relationship with Bob Ross and deny the allegations. However, the allegations are downright despicable. As Ross went from public access guy to a global brand, they tried to cut corners on products, something Ross fought them on. Towards the end of Ross’ life, that’s where things get messy. As Bob Ross was diagnosed with lymphoma, he knew he didn’t have long. The Kowalskis tried to get him on his deathbed to sign his likeness and image over to them so that they could continue to make money off of him through Bob Ross Inc. They tried not only to keep his death from lymphoma a secret (only 30 people actually attended his funeral because no one knew he actually died), but then they launched scorched earth litigation against anyone who could possibly also benefit from him, mainly his son Steve. Steve himself was a great painter, that Bob wanted to continue in the family business, but Steve can’t even use his own last name for his own business, because the Kowalskis own the name “Ross.”

While Bob Ross: Happy Accidents, Betrayal & Greed goes in deep detail abut the terribleness of the Kowalskis and how they swindled everyone around them for the sake of getting extra money, a significant amount of the documentary is dedicated to Bob Ross’ origins, his family, and his impact across the world. Towards the end of the documentary, there’s a beautiful montage of countless people who stated that Ross’s “art therapy” caused them not to commit suicide, get over miscarriages, and overall, simply improved countless people’s lives by his sheer presence. Ross himself probably didn’t know how great his impact was, but it definitely was and continues to be impactful. And that’s the type of “happy accident” that’s beautiful.