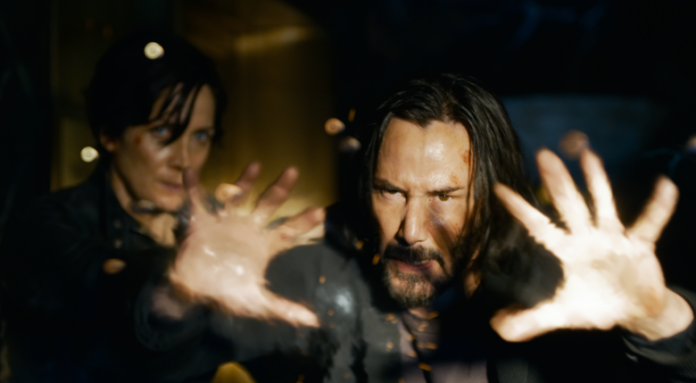 When The Matrix arrived in 1999, it was more than just another sci-fi movie. It was borderline a religious experience for some, who took its weighty themes of a real world beyond the looking glass seriously to heart. You can hear the ideas presented in that film still expressed today. The sequels that followed, on the other hand, were critical duds that seemed to kill the franchise for good. The Wachowskis never made a movie as influential, either. Forward nearly two decades later and here we are with the aptly titled The Matrix: Resurrections, and the trailer is finally here.

Directed solo by Lana Wachowski, The Matrix: Resurrections returns Keanu Reees as Neo, Carrie-Anne-Moss as Trinity, Jada Pinkett Smith as Niobe, and others, but no Laurence Fishburne as Morpheus which has conspiracy theorists out there buzzing.

This trailer is definitely designed to get the hype going. By appearances, it seems Neo is back to where he started, living a dull life, unaware of who he was in the Matrix. Even when he encounters Trinity they don’t recognize one another. We also see Neil Patrick Harris as Neo’s therapist, references to Alice in Wonderland, the White Rabbit, and Yahya Abdul-Mateen, looking very Morpheus-exque, offering a familiar way out.