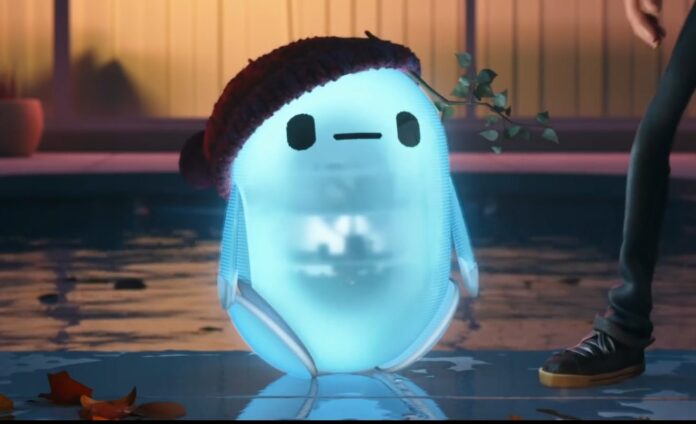 If you’re a kid and you haven’t begged your parent for whatever the latest trend is that all the other kids are into? Then what kind of kid are you? In the upcoming 20th Century Studios animated film Ron’s Gone Wrong, that thing is a high-tech personal robot that’s like every social media fad rolled into one.

Except in the case of Ron, the adorable little android voiced by Zach Galifianakis, all of his cool doo-dads are broken down and barely functional. That’s okay with Barney (voiced by Jack Dylan Grazer), who comes to love his newly-acquired friend even if Ron’s manufacturers want to deactivate him.

Ron’s Gone Wrong is co-directed by Sarah Smith (Arthur Christmas), one of the founders of Locksmith Animation. It’s also the first animated film from 20th Century Studios since the recent closure of Blue Sky Studios after the Disney acquisition.

Other voices in the cast include Olivia Colman, Ed Helms, Justice Smith, and Rob Delaney.

Ron’s Gone Wrong will have its world premiere at BFI London Film Fest on October 9th before being released in theaters October 22nd.