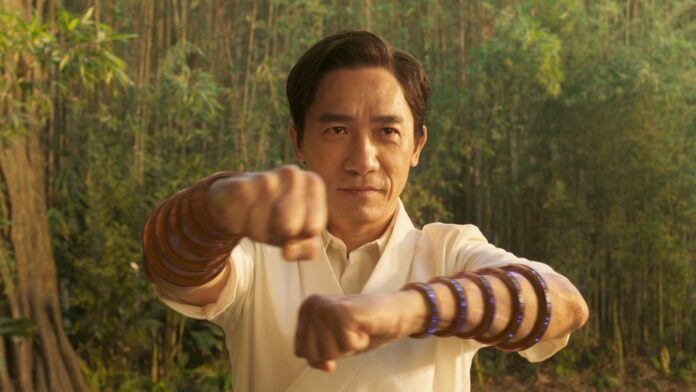 Only three films in 2021 have held the top spot for three weeks in a row, and Shang-Chi is one of them. Marvel’s latest held on with another $21.7M, giving it nearly $177M domestic. More impressive is the global haul of $320M, making it one of the year’s top earners. It’s still $57M short of Black Widow‘s final numbers but could end up having much longer staying power.

Clint Eastwood’s Cry Macho opened with just $4.5M, which is on the low end for films featuring the legendary actor/filmmaker in front of the camera. But then, I have no idea what the expectations for this might’ve been. Surely, Warner Bros. couldn’t have expected much from the slow-moving drama about an aging rodeo star who escorts a troubled boy out of Mexico. Promos offered little in the way of action, and the film opened simultaneously on HBO Max.

Joe Carnahan’s crime flick Copshop opened in a surprisingly robust 3005 theaters, but only managed to earn $2.3M. That’s not a great number, especially for an action movie led by Gerard Butler who is generally a pretty reliable box office draw. Maybe he needs to be rescuing the President or saving the planet for people to care?

While there has been Oscar buzz surrounding Jessica Chastain in The Eyes of Tammy Faye, it didn’t translate to people buying tickets. The Michael Showalter-directed satire stars Chastain and Andrew Garfield as scandal-plagued televangelists Tammy Faye Bakker and Jim Bakker. It remains to be seen if a poor showing will kill Chastain’s Oscar hopes.