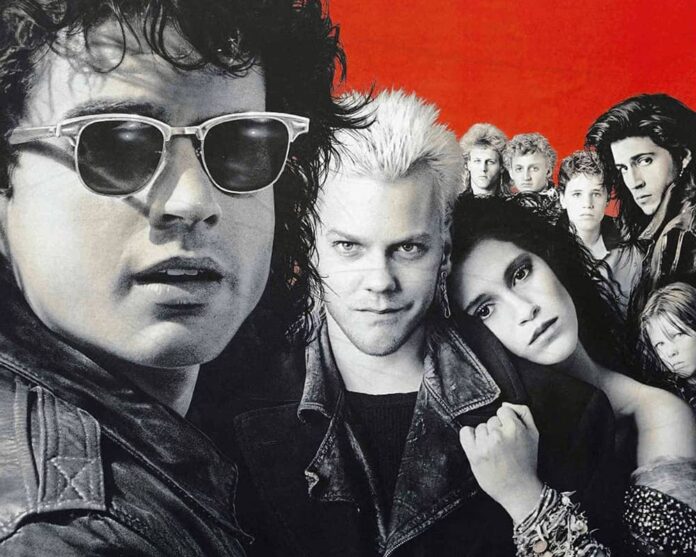 What was lost has been found by Warner Bros., as THR reports the studio is developing a new Lost Boys film, described as a “reimagining” of the 1987 teen vampire classic. And there’s already a cast attached, two actors who know their way around horror: It star Jaeden Martell and A Quiet Place‘s Noah Jupe.

The Lost Boys starred Corey Haim and Jason Patric as brothers recently-moved to Santa Clara, CA where they encounter a cool clique of vampires, led by Kiefer Sutherland in a memorably sexy performance. Joel Schumacher was the director with Richard Donner as a producer, so you had some of the best talents of the era who helped make it such a modern-day classic.

This new version will be directed by Jonathan Entwistle, best known for Netflix series The End of the F***ing World and I Am Not Okay With This. Randy McKinnon, who is writing the live-action Static Shock project for WB, will be on the screenplay.

The inclination is to think this Lost Boys movie will be geared to the Stranger Things audience, and that’s always possible. Having Entwistle onboard certainly contributes to that idea. But we’ll just have to wait and see. Martell and Jupe are old enough that this could be similar in tone to the original, which fans of that film are probably hoping for.