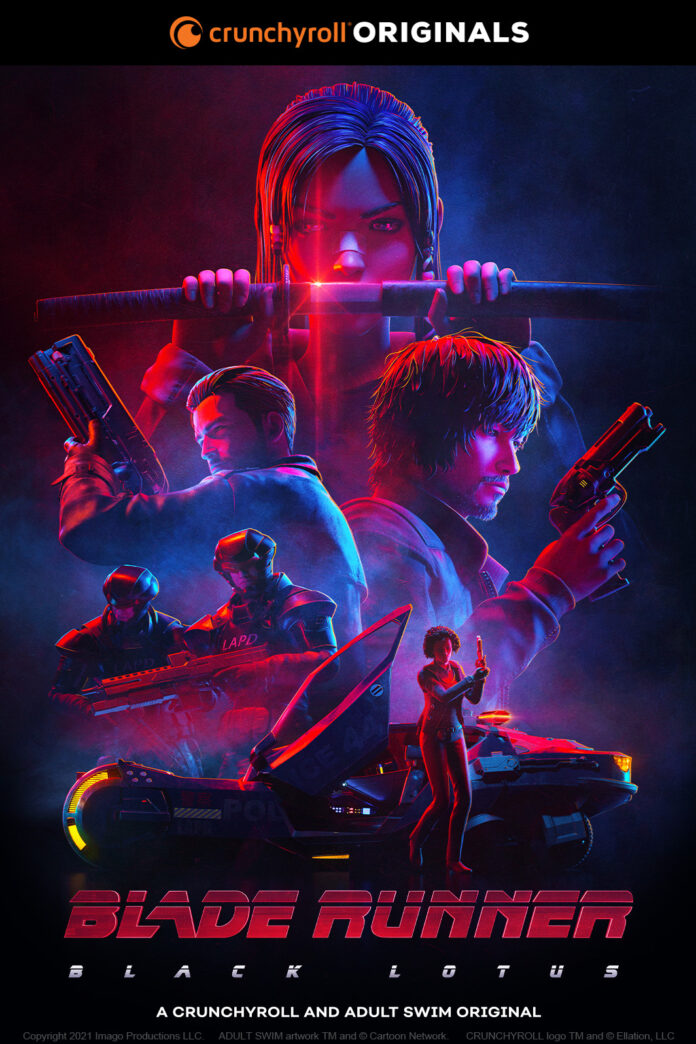 The Blade Runner universe grows with Crunchyroll and Adult Swim’s Blade Runner: Black Lotus anime series. After a trailer released at Comic-Con a couple of weeks back, the show’s opening minutes were revealed today by directors Shinji Aramaki and Kenji Kamiyama, and you know what? It looks fantastic and like a welcome addition to the sci-fi classic.

The synopsis sums it up pretty well: “Los Angeles 2032. A young woman wakes up with no memories, and possessing deadly skills. The only clues to her mystery are a locked data device and a tattoo of a black lotus. Putting together the pieces, she must hunt down the people responsible for her brutal and bloody past to find the truth of her lost identity.”

To be fair, that plot could’ve been for any of a million other anime projects, including Alita: Battle Angel, but it means something different now because this is Blade Runner and the story takes place between the 1982 Ridley Scott film and Denis Villeneuve’s Blade Runner 2049. That places new replicant Elle (voiced by Jessica Henwick in English, Arisa Shida does the Japanese for Crunchyroll) in an interesting spot to be an important figure, as she’ll help guide us through that world’s transformation between movies. I mean, this one has katana blades, making it an exciting Japanese samurai aesthetic to go along with the neo-noir we’re accustomed to from Blade Runner.