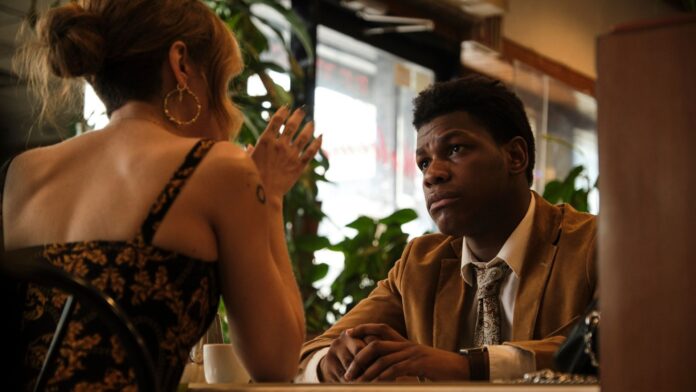 Casi (John Boyega) is part of the machine that is the US Criminal Justice System in Naked Singularity. He is desperate to hold on to his ideals and not just become a mindless cog. Only a few years out of law school, Casi is a public defender in New York City. Casi gets a firsthand view of how broken the system is from the inside. He sees the issues, but what can he do to change it? He does all he can to argue on his client’s behalf, but they keep succumbing to the system. Casi goes so far as to directly challenge Judge Cymbeline (Linda Lavin). Not the smartest move as it leads to an official warning – putting his career in jeopardy. The system (and lack of sleep) is wearing down on him, but he pushes that aside for the greater good. 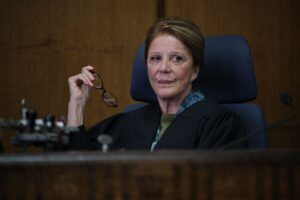 Then out of the blue an opportunity presents itself. Lea (Olivia Cooke), an old client of Casi’s, has gotten herself mixed in with a bad crowd. She works at an impound lot where, unbeknownst to the police, sits an SUV filled with heroine. Lea is approached by Craig (Ed Skrein) who makes a lucrative offer for her to help him get the SUV. Lea gets arrested and spills the beans to Casi and the police. When Casi’s friend Dane (Bill Skarsgard), who happens to be a fellow attorney, hears of the situation – a plan begins to brew. Opportunities like this come around once in a lifetime, plus it’s just stealing from bad people – what could go wrong? 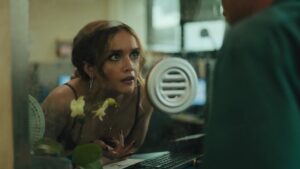 Naked Singularity is director Chase Palmer’s feature length debut. Palmer penned the screenplay along with David Matthews – based off of Sergio De La Pava’s novel of the same name. Naked Singularity is driven by solid performances, most notably Boyega, and an enjoyable script. However, the strong first half fades as it devolves into a typical heist film. The character’s actions and motivations become muddled and the film departs from what made it unique in the first place. 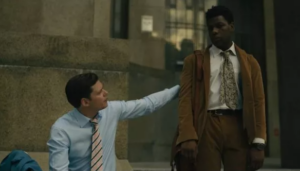 The script paired with Boyega masterfully delivering Casi’s quick wit and attitude gave hope that we had something special on our hands with Naked Singularity. Numerous ideals were touched upon, both about the criminal justice system as well as more metaphysical in nature. Palmer mixes in a pseudo science fiction element that is never truly hashed out. Unfortunately, these interesting elements to the film get pushed aside as the heist comes to the forefront. Naked Singularity builds anticipation of an event, a collapse, throughout the film that purely doesn’t deliver. 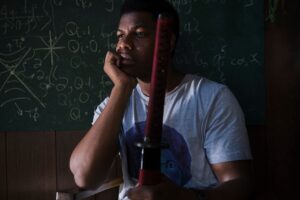 When the dust settles, Naked Singularity will be remembered for what could have been. The wasted potential of excellent performances and what started off as a notable script with humor and zest. Too many genres get blurred without any being fully fleshed out. That being said, even with its flaws Naked Singularity is relatively entertaining throughout and does move at a solid pace for its ninety-minute runtime. The film may be worth a watch for those that temper their expectations and just want to enjoy another great Boyega performance.