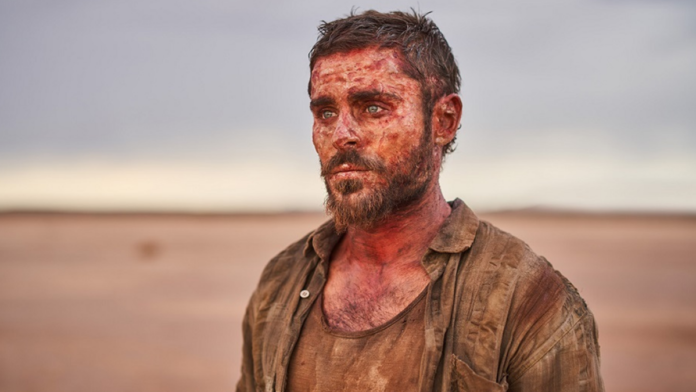 Remember when Zac Efron was just a pretty boy who could sing and dance if called upon to do so? Then he started to show some edge with raunchier comic roles and the occasional serial killer role. But it was lumberjack-like turn on the web doc Down to Earth that truly changed the way we perceive Efron, and it looks to have been a precursor to the grueling conditions he underwent in the filming of Gold.

How do we know Efron was toughing it out in the Australian outback while filming gold? Because he’s been everywhere talking about it, that’s why…

Zac Efron is getting rave reviews for his new film shot in the Aussie outback.

Some critics are calling it his best role yet.

Zac Efron shares what it was like making The Stan Original Film Gold, now streaming, only on Stan. #StanOriginals #GoldOnStan pic.twitter.com/zY6f8yE8vD

So what is Gold, anyway? The dystopian drama is set in the future after a societal and environmental breakdown. Efron plays a man who discovers gold in the inhospitable desert, and when he and his partner are unable to excavate it, one is left behind to guard it until the other returns. It’s a story of greed and the lengths people will go to achieve wealth.

The film is directed by Anthony Hayes, who also co-stars and co-wrote the script, and Susie Porter has a role, as well.

Gold has already been released in some international locations but will hit U.S. theaters on March 11th.