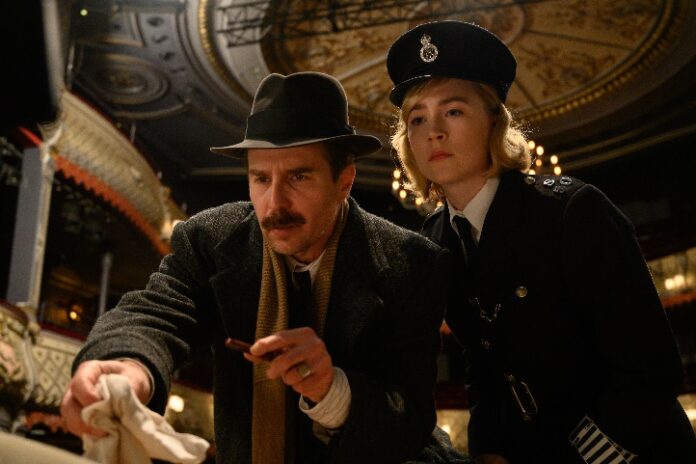 Star-studded murder mysteries are all the rage right now. Thank you, Rian Johnson. But the latest isn’t one of his Knives Out sequels, it’s the newly-titled See How They Run. After first being announced late last year, we’re getting our first look at Sam Rockwell and Saoirse Ronan in the film which Searchlight Pictures has set for a 2022 release.

Marking the feature debut of director Tom George (This Country), the film is set in 1950s London where “plans for a movie version of a smash-hit play come to an abrupt halt after a pivotal member of the crew is murdered. When world-weary Inspector Stoppard (Sam Rockwell) and eager rookie Constable Stalker (Saoirse Ronan) take on the case, the two find themselves thrown into a puzzling whodunit within the glamorously sordid theater underground, investigating the mysterious homicide at their own peril.”