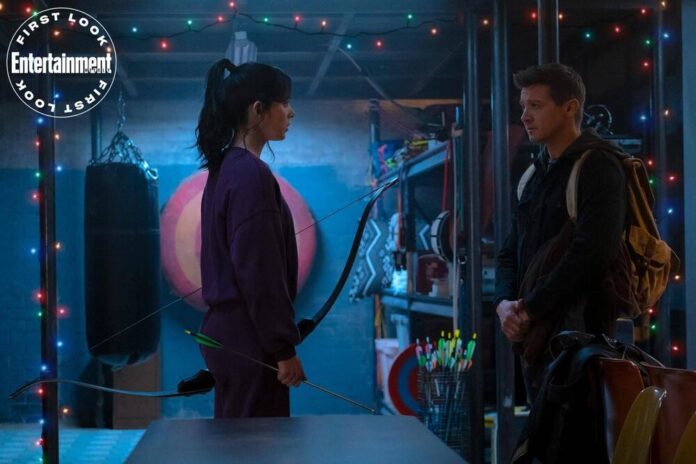 Marvel is shooting their shot at another hit Disney+ series, and their sights are set on November 24th. That’s the date for the premiere of Hawkeye, the live-action series that returns Jeremy Renner as the Avengers’ resident archer, joined by Hailee Steinfeld as his protege, Kate Bishop.

EW also has our first official look at the series, which could be the beginning of Bishop taking over the mantle of Hawkeye, just as she does in the comics. She’s also a crucial member of the Young Avengers, a team of junior heroes who have been slowly introduced in every Disney+ series so far.

Also in the cast are Vera Farmiga, Fra Fee, Tony Dalton, Alaqua Cox, Zahn McClarnon, and Florence Pugh, who returns as Yelena following her debut in Black Widow. As we saw at the end of that film, she’s been set on a collision course with Clint Barton, and I don’t think he’s going to walk away from it.

Hawkeye is written and exec-produced by Jonathan Igla, and is the fourth live-action Disney+ series from Marvel. With this timing, it’s unlikely that we’ll see Ms. Marvel until 2022 at the earliest.