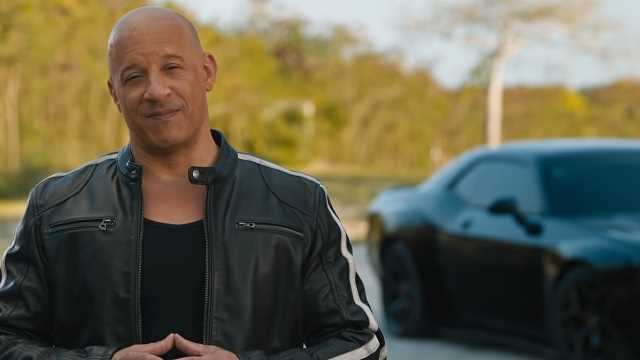 Judging by the last couple of blockbuster films that have opened in theaters, things are slowly starting to return to normal. But, we aren’t quite there yet, and maybe F9 will be the one that turns the corner. Vin Diesel and Universal sure hope so, and the actor has dropped a new teaser encouraging fans of the two-decade-old, multi-billion-collar franchise to get ready to strap in and buy themselves a ticket…

“It’s been a while. The roads were a little empty. Places where we used to gather went quiet. We’ve gone through a year that tested us,” Diesel says. “But we’re starting to see the promise of a new day. For more there a hundred years, there’s one place where we all came together to be entertained. To escape, to go someplace new. The movies.”

“There’s nothing like that moment when the lights go down. The projector ignites. And we believe. After staying apart for so long, it’s time to come back together. To laugh, to cheer. We’re ready to make you believe again. Cause nobody does a comeback like the movies. We’ll see you soon.”

In the run-up to F9, Universal has announced “Fast Fridays”, in which fans can check out eight straight weeks of free screenings of each Fast & Furious movie in theaters. Beginning on April 30th in 500 theaters, expanding eventually to more than 900 nationwide, you can see every film starting with 2001’s The Fast and the Furious to 2017’s The Fate of the Furious, leading up to the June 25th release of F9. That’s pretty dope.