Home News Marvel Tyrese Spoke Out Of Turn About ‘Morbius’ Being Part Of The MCU...
Facebook
Twitter 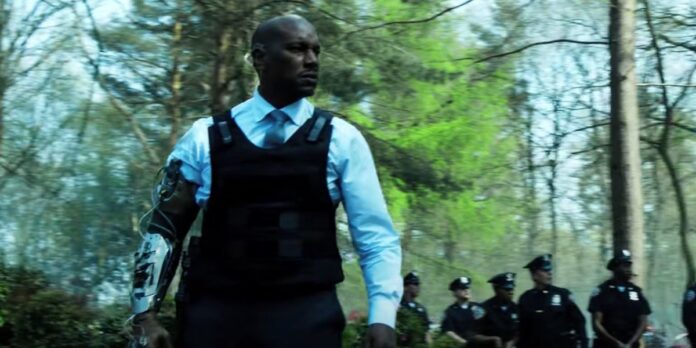 Oh, Tyrese. The F9 actor tends to be a bit erratic while on press tours giving interviews, which can sometimes lead to wild misstatements. Such is the case with recent comments that he made regarding Sony’s upcoming Morbius movie in which he plays Simon Stroud opposite Jared Leto as the titular Living Vampire.

As we’ve seen from trailers for Morbius, there are references to Spider-Man everywhere, from Michael Keaton’s Adrian Toomes to a graffiti of Tobey Maguire’s Spidey on an alley wall. This may have caused Tyrese to speak out of turn, claiming the film is part of the Marvel Cinematic Universe and has been delayed to October because Halloween. Huh?

“They just pushed [Morbius] to October because they want to take advantage of that Halloween energy, so it’s going to be a long year of a lot of magic happening out here.”

This was not true, so much so that Sony Pictures had to issue a statement to correct him. GameSpot reached out to clarify and Sony confirmed that Morbius is still opening on January 28th 2022 as planned. The film is also not part of the MCU but a piece in Sony Pictures’ Universe of Marvel characters along with Venom, Kraven the Hunter, etc.

That said, I still have questions. Tyrese may not have been completely off here. My belief is that Morbius will establish a multiversal connection to the MCU, along with Sam Raimi’s Spider-Man trilogy and the Andrew Garfield movies. So Tyrese may have gotten his wires crossed a little bit and revealed more than he should have.