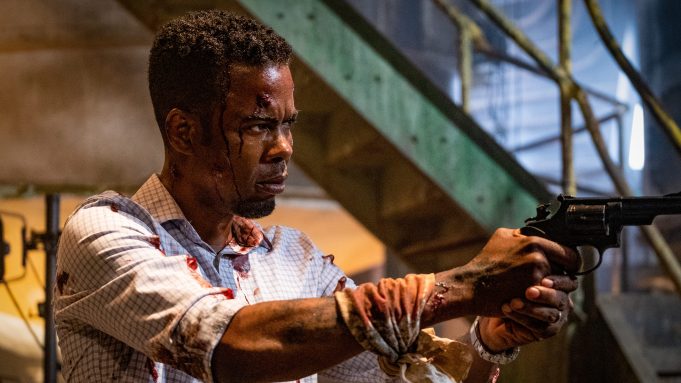 There was really only one major wide release this week and that was Spiral: Saw, the rebirth of the long-running horror franchise with a lot more star power. But the combined efforts of Chris Rock and Samuel L. Jackson still only netted an $8.7M start, which is…well, it’s alright for pandemic times but not great. Analyst projections were as high as $15M. This makes for the sixth Saw film to debut at #1, and at only $20M Lionsgate should have no problem recouping costs. Reviews have been about what you’d expect, for the most part. I don’t know, it feels like this relaunch is already on life support, doesn’t it?

Far from the blockbuster event films of Angelina Jolie’s early career, and yet feeling like one in terms of content, Those Who Wish Me Dead opened with just $2.8M. The film stars Jolie as a Montana firefighter who helps a boy escape both a raging wildfire and the assassins on his trail. Despite the high theater count of over 3000, this was always geared more towards the HBO Max audience so it’s no surprise if it draws bigger numbers there.

Disappointing numbers for Focus Features’ release of Profile, the latest ScreenLife thriller from director Timur Bekmambetov. A shame that in 2000 theaters the film, about a British journalist who poses as a recent Islamic convert and attracts the attention of an ISIS recruiter. As far as this brand of film, completely captured over computer screens and tablets, Profile is the best of the bunch but many may still see it as a gimmick. I also think there’s an apprehension to seeing these films on the big screen when they are so much more immersive when seen at home.

In other releases news, Netflix gave Zack Snyder’s Army of the Dead (review) a one-week theatrical run in 430 theaters (mostly Cinemark), making it one of the biggest theatrical releases the streamer has ever had. The result wasn’t great, however, with just $780K. Those who saw it, however, really enjoyed the zombie heist action, with the film getting some of the best reviews of Snyder’s career. Perhaps a bigger release in theaters would’ve been the wise move? Especially if Netflix truly hopes to build a blockbuster franchise out of this? It’ll move exclusively to the streaming service next week, followed by a pair of spinoffs, one animated and another live-action.