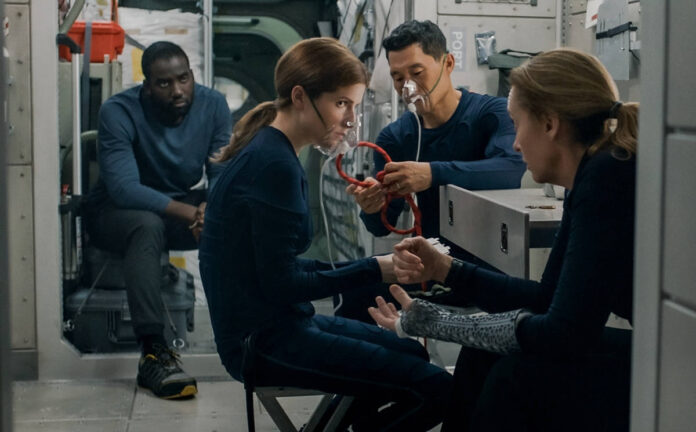 Anna Kendrick and Toni Collette enter a spaceship. It may sound like the start of a really lame joke, but it’s actually part of the plot of Stowaway, the upcoming Netflix film from director Joe Penna. The sci-fi thriller also stars Lost alum Daniel Dae Kim and Wynonna Earp‘s Shamier Anderson.

As we see in the debuting trailer, Stoway centers on a crew bound for Mars on a two-year mission, only to face dwindling resources when a stowaway is discovered aboard the ship. Kendrick plays the ship’s medical researcher and the lone dissenting voice against a grim outcome decided by the rest of the team.

“A production designer once told me, ‘never do a movie in a submarine or in space,” Kendrick recalled to EW.“It was so simple and so lean, but totally compelling.”

“I had never really read anything like it,” Collette added. “It is contained and the characters are confined but the questions posed, moral and otherwise, are vast and wide open.”

Netflix will release Stowaway on April 22nd. You can go here to learn more.

On a mission headed to Mars, an unintended stowaway accidentally causes severe damage to the spaceship’s life support systems. Facing dwindling resources and a potentially fatal outcome, the crew is forced to make an impossible decision.