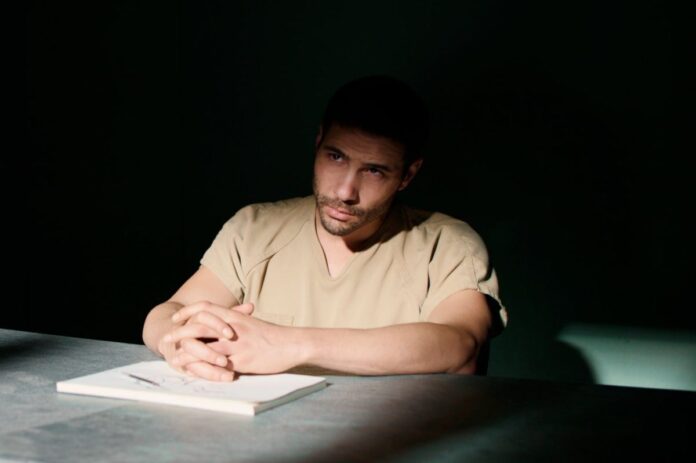 Kevin Macdonald’s The Mauritanian is the type of serious-minded, conscientious, politically relevant drama that you hope soars, because it’s the only way people will pay attention to it. Similar to The Report, the film is an examination and harsh critique of the Bush-Cheney torture program in the wake of 9/11, only told from a more personal perspective of Guantanamo Bay detainee Mohamedou Ould Salahi. But there’s very little that feels personal, or as angry as it should for a movie that Macdonald clearly wants to make us angry, other than a standout performance by Tahar Rahim among a heavyweight cast of co-stars.

A functional, workmanlike effort, The Mauritanian at the very least doesn’t waste our time pretending to play the middle ground. There should be no waffling when it comes to the subjects of extraordinary rendition, detention, and torture. In the case of Salahi (Rahim), whose memoir inspired Macdonald’s film, his was a case that couldn’t hold up in any court of law in the United States. That’s sortof the point of a place like Guantanamo; it exists in an international grey area where any rules can apply, which means that no rules apply. For Salahi, a German-trained engineer described as the “Al Qaeda Forrest Gump” and accused of pretty much every act of terror over the course of years, including the recruitment and training of the 9/11 hijackers. For this, he was detained for fourteen years without charges.

The Mauritanian isn’t so much about whether Salahi did it. Macdonald instead focuses on the deliberately-broken system that allows for people to be kidnapped, held, denied their rights, and subjected to all forms of cruel tortures. Jodie Foster plays liberal attorney Nancy Hollander, who takes Salahi’s case pro bono and fights to get him a fair trial. For this she becomes a target herself, labeled a terrorist sympathizer for giving Salahi what he’s due, what any person subject to American law is due. Opposing her, at least initially, is Benedict Cumberbatch as Lt. Col. Stuart Couch, who feels pressured to get a conviction despite mounting evidence that there is no actual evidence against Salahi. But it takes him a while to get there, thanks to friends who have been personally affected by the 9/11 tragedy.

Whether as a documentarian or narrative filmmaker, Macdonald follows the facts beat-by-beat without any flourish. His previous political thrillers such as The Last Kind of Scotland and State of Play get the job done in highlighting an issue, but fail to inspire much of an emotional connection.  Salahi’s treatment, which includes being put under “enhanced interrogation” techniques such as stress positions, sleep deprivation, and sexual humiliation from a woman in a cat mask, is where we see the true cost of our War on Terror. Instead, the film splits time between Salahi and Hollander, the latter spending much of her time filing through boxes, making phone calls, and having stilted ideological exchanges over lunch.

What all of Macdonald’s films have, and that includes The Mauritanian, is one charismatic lead performance that stands above the rest. Rahim, who has been a quiet gem since debuting with 2009’s A Prophet, finds humanity in Salahi’s resilience in a place of utter inhumanity. Shifting easily between multiple languages, Rahim could find himself back on Hollywood’s radar after what feels like too long away from it. Foster does her best with lines that read like they were written for the DVD cover, while Cumberbatch struggles with a southern-fried accent he doesn’t need. Is there a Stanley Couch fan club scrutinizing his performance or something? Probably not.  Others, such as Shailene Woodley as Hollander’s altruistic aide and a buffed-up Zachary Levi as a secretive government agent are given little to work with beyond cliches of the genre.

The Mauritanian offers plenty of speechifying about the Constitution and the legal and moral foundations that made us the envy of the world until we threw it all away. When all of the words settle, the only thing that remains in mind is the soulfulness of Rahim’s performance, which is compelling enough that we can excuse many of the film’s dramatic flaws.