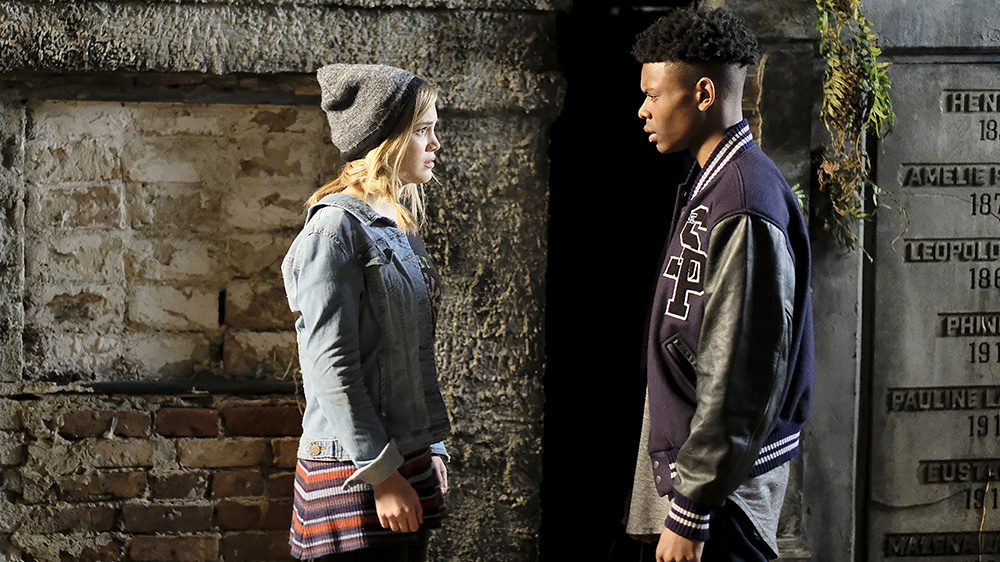 The house cleaning has begun at Marvel TV. With Kevin Feige recently promoted to Marvel’s Chief Creative Officer, giving him control of both the TV and film sides of the MCU, it was only a matter of time before the remains of the Jeph Loeb/Ike Perlmutter era was brought to an end. The first casualty? Cloak & Dagger.

The Freeform series Cloak & Dagger has been canceled and will not even get the third season we expected it would. This is only surprising in how quickly it happened, because the teen show was due to crossover with Runaways later this year.  It does sound like the teen heroes  Tandy Bowen (Olivia Holt) and Tyrone Johnson (Aubrey Joseph) will continue to appear on the third season of Runaways, but then that’ll be it for them.

“So, yeah. There are parts of me that feel gut-punched or angry at larger corporate forces, but the biggest feeling I have in my heart right now, by far, is pride,” he wrote. “I’m so fucking proud with what we got to do on #Cloakanddagger.”

“So, yeah. Right now Tandy & Tyrone are on a bus. They’re going to hang out with some super-kids in a couple months. And from there it’s up to higher powers. But don’t be surprised when these two special people show up when you least suspect it…”

So this doesn’t leave much of the prior Marvel TV regime. Runaways enters its third, and possibly final, season later this year. Agents of SHIELD will complete its lengthy run next year, and one has to wonder what the fate of the upcoming Helstrom series is now. It does seem to be moving forward on Hulu, but will that be it? [Variety]