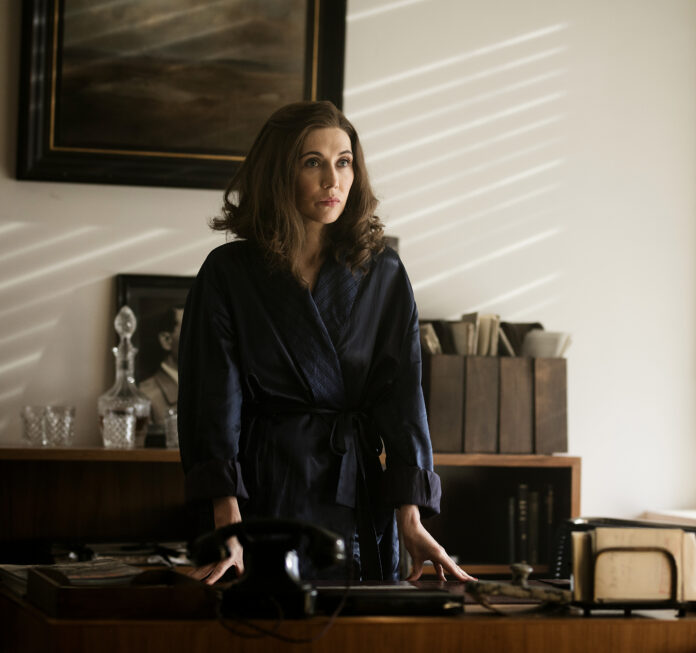 The late 1930s were a time of immeasurable change around the world. Hitler was on the rise, those who would be affected by that on a global level were also feeling it on a personal level. As seen in this exclusive clip from Julius Sevcik’s The Affair, one woman in 1930 Czechoslovakia sees her fortunes turned for the worse by the political climate of the time.

Game of Thrones actress Carice van Houten stars as Hana, who sees her way of life and the forbidden passion she holds for her married best friend, Liesel (Hanna Alström), threatened by the rise of Nazi power in Czechoslovakia.

In this scene, we see how far Hana’s idyllic life has fallen as she’s forced to barter away a precious gift from Liesel just to get some milk for her baby. Meanwhile, the sound of planes and the dropping of bombs serves as a stark reminder that things will never be the same.

THE AFFAIR begins in 1930s Czechoslovakia, as newlyweds Viktor (Claes Bang) and Liesel Landauer (Hanna Alström) are filled with optimism and happiness in their new home. But all too soon, extramarital temptations bring out their darkest secrets and desires. As Liesel turns to her sensual friend Hana (Carice van Houten) for the passion she lacks in her marriage, Nazi troops enter the country, threatening the Landauer’s lives and the burning desire between the two women.

‘The Affair’ Trailer: Clarice Van Houten, Hanna Alström, & Claes Bang Star In A Story Of Forbidden Passion In The 1930s