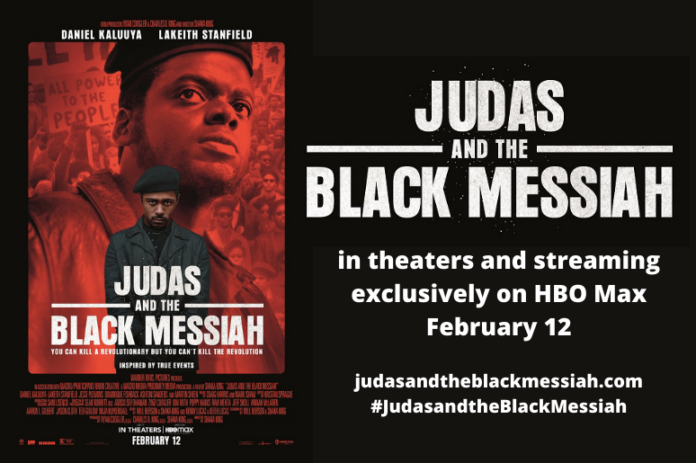 We’re happy to offer 20 of our readers the chance to win admit-two Fandango passes for Judas and the Black Messiah, which opens tomorrow February 12th! The film stars Daniel Kaluuya and Lakeith Stanfield, and is directed by Shaka King.

SYNOPSIS: FBI informant William O’Neal (LaKeith Stanfield) infiltrates the Illinois Black Panther Party and is tasked with keeping tabs on their charismatic leader, Chairman Fred Hampton (Daniel Kaluuya). A career thief, O’Neal revels in the danger of manipulating both his comrades and his handler, Special Agent Roy Mitchell (Jesse Plemons). Hampton’s political prowess grows just as he’s falling in love with fellow revolutionary Deborah Johnson (Dominique Fishback). Meanwhile, a battle wages for O’Neal’s soul. Will he align with the forces of good? Or subdue Hampton and The Panthers by any means, as FBI Director J. Edgar Hoover (Martin Sheen) commands?

The first 20 readers to send an email to punchdrunktrav@gmail.com with “Judas and the Black Messiah contest” in the subject line will receive a code for an admit-two Fandango code, good for any theater in the NOVA/DC area. Good luck!

We hope you enjoy the show!