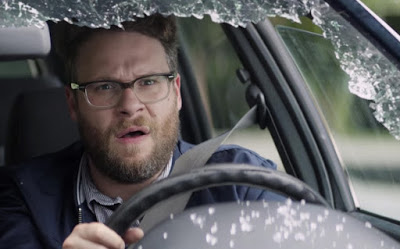 During this pandemic, we’ve seen a number of movies slated for theatrical get shipped to various streaming services. Many of them have been comedies, which are always sorta hit-or-miss at the box office and may find a better life on digital. Well, now you can add the Seth Rogen comedy An American Pickle to the list. Don’t remember that one? Well, it’s been sitting around a while.

According to THR, Sony has shipped Rogen comedy An American Pickle over to HBO Max. With so much of 2020 left uncertain, Sony has made the decision to unload one of the movies they had planned for a theatrical release. The funny thing is that they hadn’t announced a date for it at all, even though it has been around since 2018.

The film is pretty weird, and stars Rogen as Herschel Greenbaum, who immigrated to the U.S. in 1918 and works in a factory making pickles. When he accidentally falls into a vat of pickles he is brined for a century, waking up in the present day in perfect condition. The first thing he does is seek out any living family members, and comes across his great-grandson played also by Rogen.

Directing will be Brandon Trost, a cinematographer on Rogen films such as The Interview and Neighbors. The script is by Man Seeking Woman writer Simon Rich.

HBO will release the film “this summer”, but no clear date has been set. Presumably, there will be images and maybe even a teaser very soon.