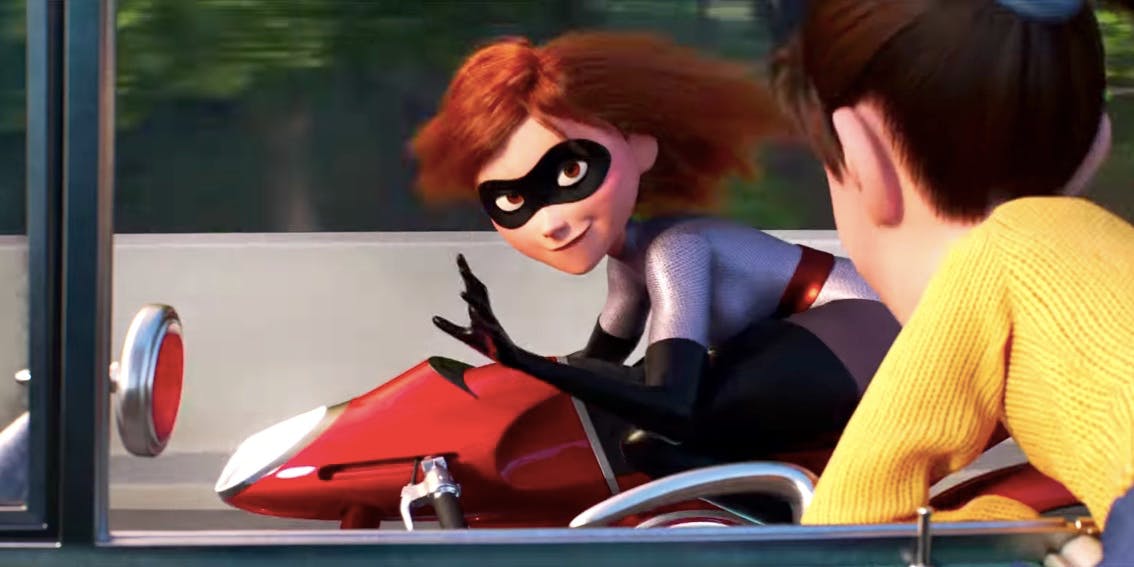 The 14-year wait for Pixar to give us The Incredibles 2 is nearly over, and tonight during the Olympics they released the first full trailer. The wait was damn well worth it. Forget the Fantastic Four, this is the only family of superheroes I’m interested in seeing right now.

The sequel puts the spotlight on Parr family matriarch, Helen aka Elastigirl, with Holly Hunter back in the voice role. When a wealthy benefactor with an unhealthy obsession with supers sets out to bring costumed heroes back into the public, he makes her the face of the campaign. Craig T. Nelson returns as Bob aka Mr. Fantastic, who is then forced to play housedad and stay home to watch kids Violet (Sarah Vowell), Dash (Huck Milner), and baby Jack-Jack, whose powers manifest in crazy ways. There’s also Samuel L. Jackson as the franchise’s most awesome character, Fro-Zone, with voice roles for Bob Odenkirk, Catherine Keener, Sophia Bush, and John Ratzenberger as villain The Underminer!

This just looks like incredible fun, full of superhero action, domestic miscues, and the welcome return of Brad Bird’s deadpan superhero fashion designer Edna Mode, who has the best line of the trailer: “When done properly, parenting is a heroic act. Done properly.”

The Incredibles 2 opens June 15th.  Check out the synopsis and trailer below!

Helen (voice of Holly Hunter) is called on to lead a campaign to bring Supers back, while Bob (voice of Craig T. Nelson) navigates the day-to-day heroics of “normal” life at home with Violet (voice of Sarah Vowell), Dash (voice of Huck Milner) and baby Jack-Jack—whose superpowers are about to be discovered. Their mission is derailed, however, when a new villain emerges with a brilliant and dangerous plot that threatens everything. But the Parrs don’t shy away from a challenge, especially with Frozone (voice of Samuel L. Jackson) by their side. That’s what makes this family so Incredible.