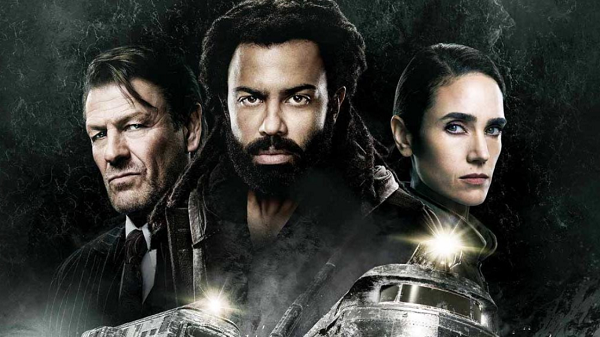 TNT’s reimagining of Bong Joon-ho’s post-apocalyptic sci-fi film Snowpiercer has been a hit for the network.  With Daveed Diggs as Andre Layton: the head of the “tallies” and leading a class-warfare-styled revolution against those in the Wilford Corporation who were imposing their way of life on everyone on the train, it was a fun and bloody ride.  However, his tenure was short-lived.  By the end of the second season, Mr. Wilford (Sean Bean) had returned, and through his Machiavellian schemes and his charisma, managed to take the train back from Layton and Melanie (Jennifer Connelly).  While things are looking bleak for the good guys, there’s hope as some parts of the snow-covered planet are starting to warm up.

Newcomers to Season 3 of Snowpiercer include actress Chelsea Harris as “Sykes,” Wilford’s head of security, and actress Archie Panjabi in an undisclosed role.  With dealing with Wilford as well as searching for “New Eden,” it looks like Layton, the taillies, and a few of the “good ones” inside the Wilford Corporation have their work cut out for them.