Home TV Netflix Class Is In Session for the Latest ‘The School for Good and...
Facebook
Twitter 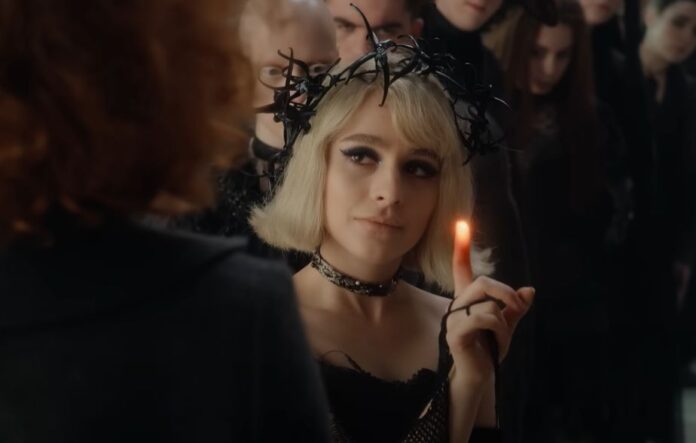 Sometimes you hear an idea and literally kick yourself….why didn’t  I think of that! This is one of those very moments. What if there was a school whose sole purpose was to sort it’s pupils into Good and Evil so that they might learn to be what they are destined for…Fairytale characters! Well, Soman Chainani has beaten you to the punch something that’s not news to many of you as the book he wrote with this plot, The School for Good and Evil is now an international best-seller and being adapted to a live action film for Netflix! That second part is what brings us here today, as part of a “One Week Countdown” Netflix’s has released a new trailer giving us a taste of what’s to come.

Now, sure, it seems very juvenile…but would you expect an apple to taste like a pear? The thing that really caught my attention was the quality of the production itself. You can usually tell alot about a property by how it looks. Most movies and shows in this realm are Disney quality, but more like Disney Channel quality then their features. My daughter has recently become obsessed with both the Zombies and Descendants series and though they are both well written, professionally performed and completely enjoyable for what they are, they all feel distinctively like they were filmed on a soundstage. The School for Good and Evil ain’t that.

No no, production quality is high and the inclusion of Charlize Theron and Gugu M’batha Raw (you had me at Gugu) promise to bring at least some of the performances to the top tier. Admittedly, this isn’t for me, but for those of you who find this in your wheelhouse it looks like you’re in for a treat next Wednesday, October 19th when The School for Good and Evil drops on Netflix.

Official Synopsis:
Best friends Sophie and Agatha find their bond put to the test when they’re whisked away to a magical school for future fairy-tale heroes and villains.