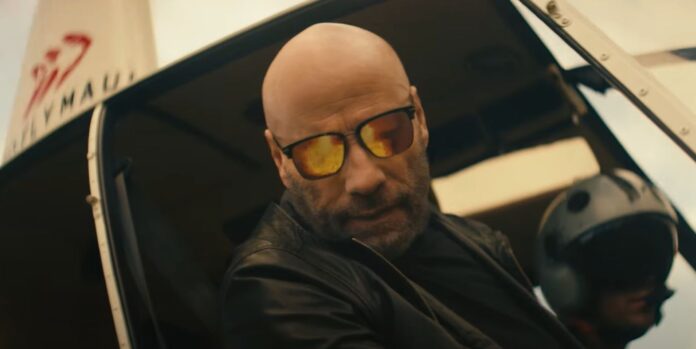 Let’s start out by addressing how awesome it is that Saban Films is becoming the Canon Films of our generation and I mean that in the best way. Their latest offering Paradise City sees Bruce Willis and John Travolta squaring off, or at least that’s how they’re billing it. If I had to guess from the trailer I would guess Willis is killed off early on to allow for the revenge plot that will drive the movie.

Before we go any further, I just want to highlight that this will be Bruce Willis’s last film most likely. After filming he officially retired from acting to focus on his health since becoming diagnosed with Aphasia. While the decision was the right one, we will miss you Bruce. I know he’s been doing alot of B-level action films lately but I really dig this third act of his career (mostly)

While a lot of these flicks come across as ultra-generic there’s something about the Paradise City trailer that gives me vibes of something special. I’m not saying it’s going to be a neo-classic, I’m saying it will be a good old honest to God shoot ’em up action flick…and those are in short supply these days. Add to that, Stephen Dorff plays a lead role, he may not be a name that shoots up box office sales but damn it have I always enjoyed the man.

Before we roll footage on that trailer, I have to warn you of the major downside that jumps off the screen at you while watching. John Travolta has decided to do….something with his voice? Honestly, I can’t even tell what he’s going for, it sounds vaugley familiar but also very much like the standard voice for an old guy in a cartoon. Damn it John, keep it simple!

Ryan Swan must carve his way through the Hawaiian crime world to wreak vengeance on the kingpin who murdered his father.