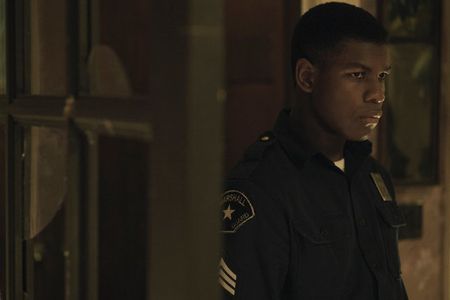 John Boyega has been extraordinarily picky since exiting the Star Wars galaxy, but he’s settled on his next major role. He’ll star opposite Viola Davis and Thuso Mbedu in historical epic The Woman King, directed by Gina Prince-Bythewood.

The film is inspired by true events in the Kingdom of Dahomey, a powerful state in 18th & 19th century Africa. Davis will play Nanisca, a general in the all-female fighting force. Together with her daughter Nawi (Mbedu), they fight the French and neighboring tribes that threaten to enslave them and destroy everything they’ve lived for.

Prince-Bythewood, who is directing this rather than returning for The Old Guard 2, says she wanted to work with Boyega ever since his impassioned words during last year’s protests alongside Black Lives Matter…

“I have been enamored by John’s immense talent for years, but his speech to Black women during the protests cemented my desire to work with him,” said Prince-Bythewood. “The description of King Ghezo reads, ‘He walks as if the earth were honored by its burden.’ John possesses that innate depth and swagger, and I’m so excited to put it on screen.”

The most recent screenplay was co-written by Dana Stevens and Prince-Bythewood.

Coming up for Boyega is the sci-fi thriller They Cloned Tyrone, along with the indie drama 892. He’s also agreed to an anticipated sequel to Attack the Block. [THR]