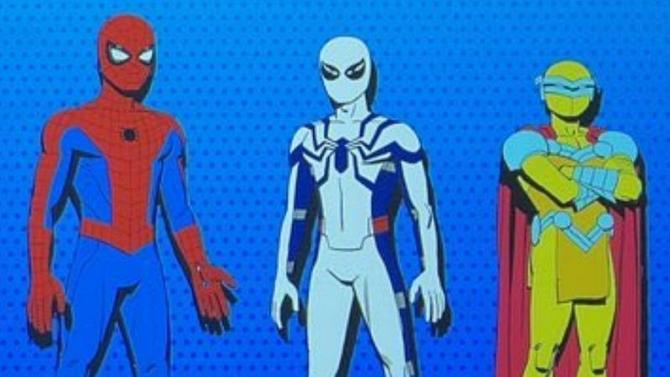 Marvel dropped some new images and a load of details about the upcoming Spider-Man: Freshman Year animated series. There have been a lot of rumors and speculation surrounding it, so it was good to get some answers. Although, I’ll admit, the first one is gonna suck for some people.

For starters, the series is NOT a prequel to Spider-Man: Homecoming. I never understood why anybody thought it would be, but it’s definitely not. It’s also uncertain if Tom Holland will voice Peter Parker, although that seems unlikely. That said, Charlie Cox is reprising his role as Matt Murdock/Daredevil, which should make fans of the Netflix series happy.

We also learned that Norman Osborne, Peter’s eternal foe as Green Goblin, will be in the show. However, he’ll play more of a mentor role this time, so not outright trying to kill Peter. Instead, he and OsCorp will be backing Peter in his crime-fighting, which includes providing a number of costumes for the wallcrawler to wear.

Joining in the fight are Doctor Strange, the aforementioned Daredevil, and you’ll also find Amadeus Cho and Runaways mage Nico Minoru as Peter’s classmates. Villains include classics such as Doc Ock, Scorpion, and Chameleon.

Both Doctor Strange and Daredevil will appear in #SpiderManFreshmanYear pic.twitter.com/LJ7DV5s4rI

Meet the villains Peter Parker will face in #SpiderManFreshmanYear pic.twitter.com/srisYU5H48

Peter Parker will be test out a few different suits in #SpiderManFreshmanYear pic.twitter.com/VYTTk6sRti