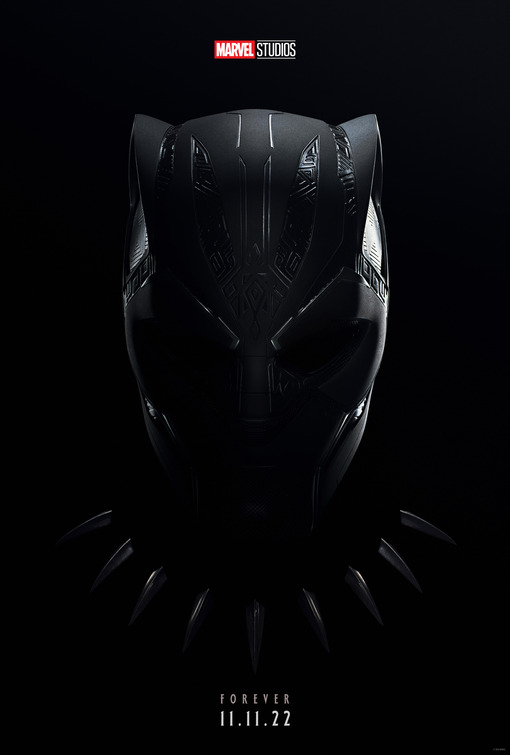 Marvel saved the best for last on Saturday night, closing out their San Diego Comic-Con presentation with the first trailer for Black Panther: Wakanda Forever. It was a somber affair, but also celebratory of the life of the late Chadwick Boseman. And Marvel has continued to pay tribute to him with two posters in which he is featured.

In one image, shrouded in a black background, we see the image of Black Panther, Wakanda’s greatest hero and protector. At this point we still have no idea who will don the suit next, but we know from the trailer’s final shot that SOMEONE will take over.

The second image released at SDCC features the women most impacted by the loss of T’Challa. Nakia (Lupita Nyong’o), Shuri (Letitia Wright), and Queen Ramonda (Angela Bassett) are all seen striking the classic Wakanda Forever pose with T’Challa in the background. I think it’s notable that Shuri is front and center, because the heavy speculation is that she will take over as Black Panther. 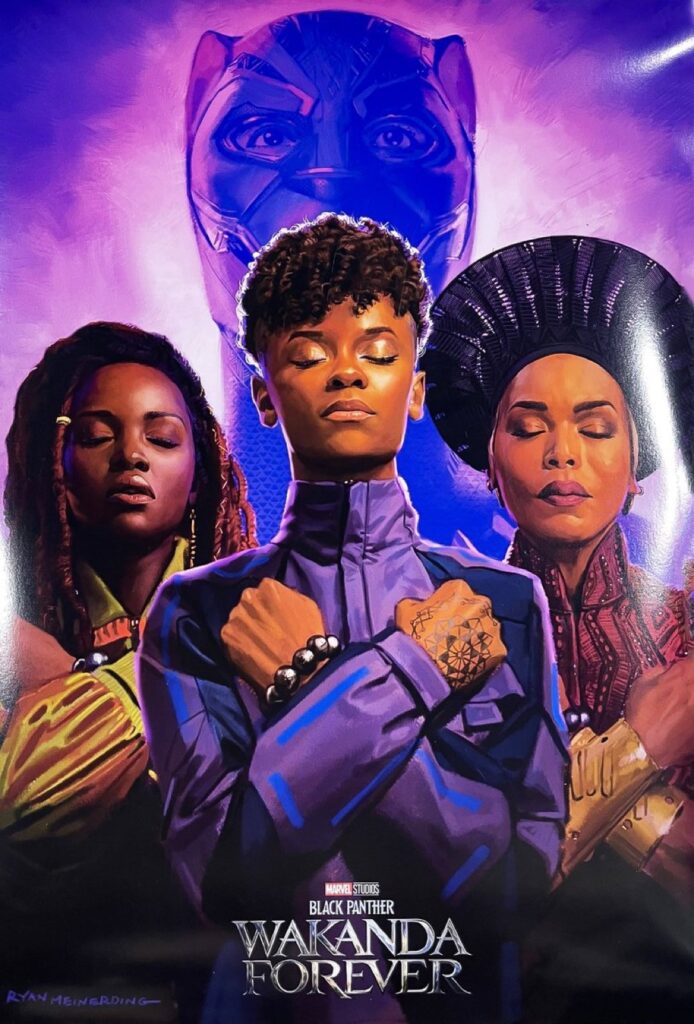