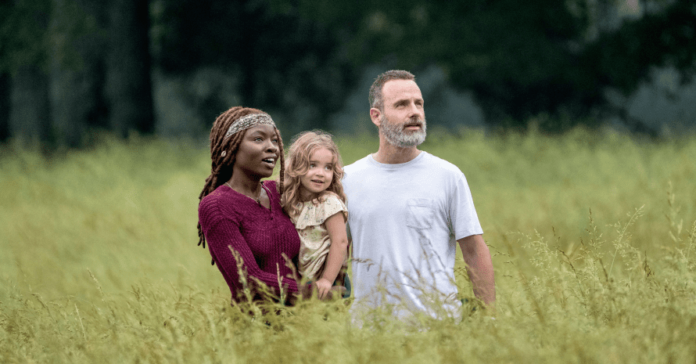 It’s been a long time since I’ve cared about The Walking Dead, but I always enjoyed the panels at Comic-Con. However, I skipped them this time because I felt like when Andrew Lincoln said his farewell as Rick in 2018, that was a good place to stop. That year, they also announced that Rick’s story would continue in a trilogy of big-budget movies, and that idea has been teased ever since. Well, now it’s been teased again, only now we know they won’t be movies at all.

It’s been revealed now at the Walking Dead panel that the trio of movies featuring Lincoln’s Rick and Danai Gurira’s Michonne will intead be a six-episode series on AMC+. The announcement was made by Lincoln and Gurira at the end of the panel, noting that the show will “continue the journey and love story of the Rick Grimes and Michonne characters.”

Rick departed The Walking Dead in the ninth season, having blown up a bridge and seemingly sacrificing himself to save his friends. Of course, that was’t the case. He was found, flown away to a secret location and nursed back to health. Michonne, who had thought Rick dead for years, eventually learns that he’s still alive and departs to find him.

Suffice it to say, this is a VAST departure from the comic books.

“We owe you the conclusion of this story of Rick and Michonne,” Gurira said.