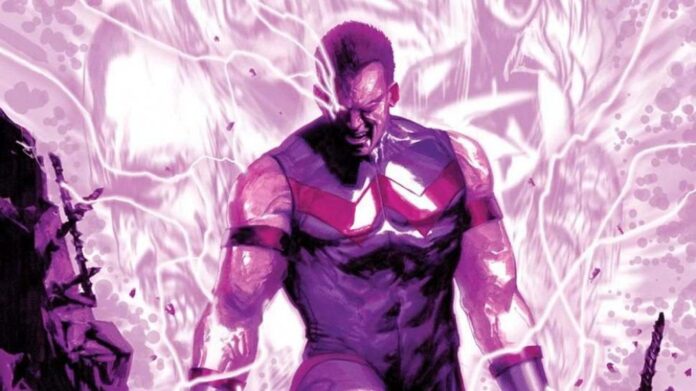 The Avengers roster is incredibly deep, and as Marvel Studios continues to evolve past the original MCU team, we’re seeing more members who may not be as recognizable get their moment to shine. One of those who is getting a new Disney+ series is Wonder Man, the ioniq-powered hero with deep ties to Scarlet Witch and Vision. Coincidence?

Interestingly, the series will be developed by Shang-Chi and the Legend of the Ten Rings director, Destin Daniel Cretton. He may also write and direct as part of his overall deal with Marvel, but that’s up in the air right now. Cretton has a Shang-Chi sequel in the works, and obviously that takes priority.

Both Shang-Chi and Wonder Man are west coast heroes, with the latter a prominent member of the West Coast Avengers. Is the left coast becoming Cretton’s Marvel domain?

Also on board the series as showrunner is Andrew Guest, a producer on Marvel’s Hawkeye series.

Wonder Man aka Simon Williams was a wealthy industrialist and rival of Tony Stark. When his company hit the skids, Simon took a gig working for villain Baron Zemo, which is when he gained his ionic powers of superhuman strength, flight, durability, and immortality. Yes, he’s basically immortal and can match Thor in sheer power. Wonder Man fought the Avengers numerous times before joining the team.

Simon’s lifestyle is that of a big-shot Hollywood stuntman and actor, and I wouldn’t be surprised if a show focused on this. He’s also not someone who hides his identity, because obviously that would hurt his acting career! Nathan Fillion actually shot some movie posters as Wonder Man that were meant to appear in Guardians of the Galaxy 2, but they were cut from the final film.

Wonder Man’s closest friend is Hank “Beast” McCoy, so perhaps we’ll see some X-Men on the show? He’s also had a long and complicated relationship with the Scarlet Witch, while his brainwaves make up part of the Vision’s personality matrix. One of the primary recurring aspects to Wonder Man’s character is that he’s easily manipulated, and often finds himself tricked into doing things that harm his closest allies. He also dies a Hell of a lot, but since he’s made of pure energy can never stay dead. [Variety]